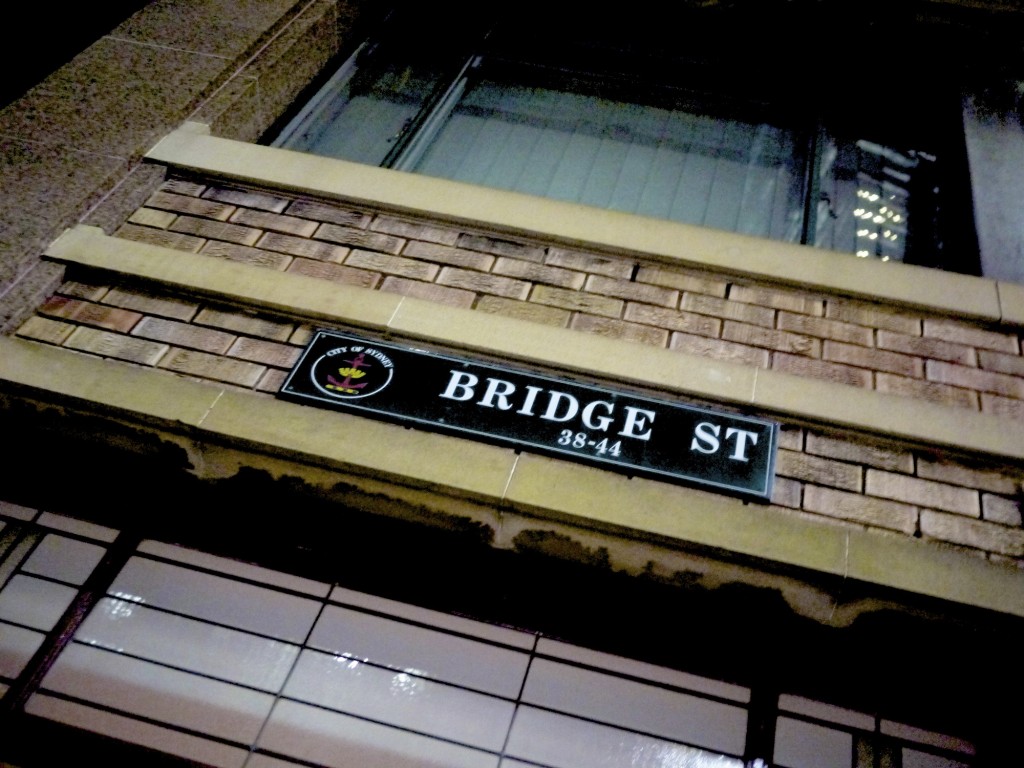 Almost immediately after starting my new job in Melbourne I was given the opportunity to fly out to Sydney for business. I made the most of this occasion and decided to stick around after Friday for the weekend to check out the fine dining scene. I had mixed feelings about my last fine dining experience in Sydney at the highly acclaimed Quay, so my expectations weren’t astronomical. I had one booking already made for Sixpenny but naturally I wasn’t going to settle with just one meal! I did however want to avoid a second extensive degustation menu and after some enquiries with my sources I stumbled upon The Bridge Room. I was looking for something not too fussy. Something fairly casual. Somewhere that served just good food. The reviews claimed to be all that and more, so here I was. 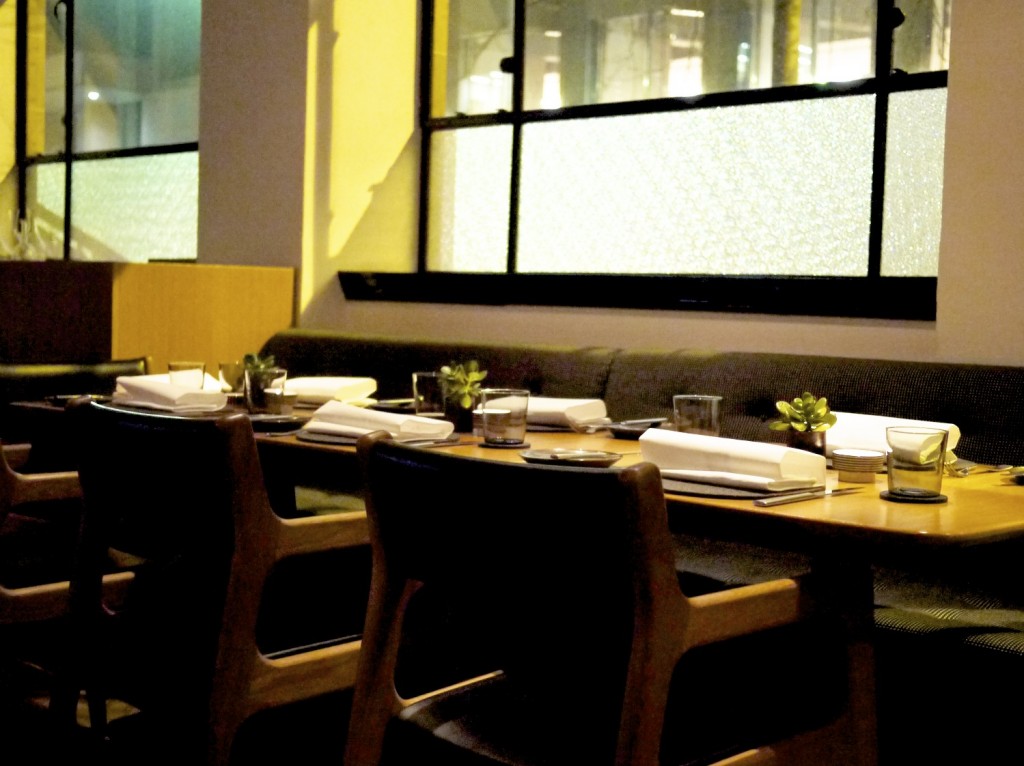 Located on the bustling road of Bridge street in the heart of Sydney’s CBD, it’s quite easy to walk past The Bridge Room without taking too much notice it. At a quick glance from outside you could sense, from the minimalist contemporary interior design and furniture, that this place was quietly confident. An elongated dining room with a nordic theme reminiscent to Noma and its ilk, there’s no flashy statement being made here. As I stepped inside I was professionally greeted by the friendly restaurant manager Martijn De Boer who previously worked at one of my favourite restaurants, De Librije, and guided immediately to my table. I took a good look around and I couldn’t remember the last time I was surrounded by so many suited professionals at a fine dining restaurant. I guess that was expected with the location on a weekday. 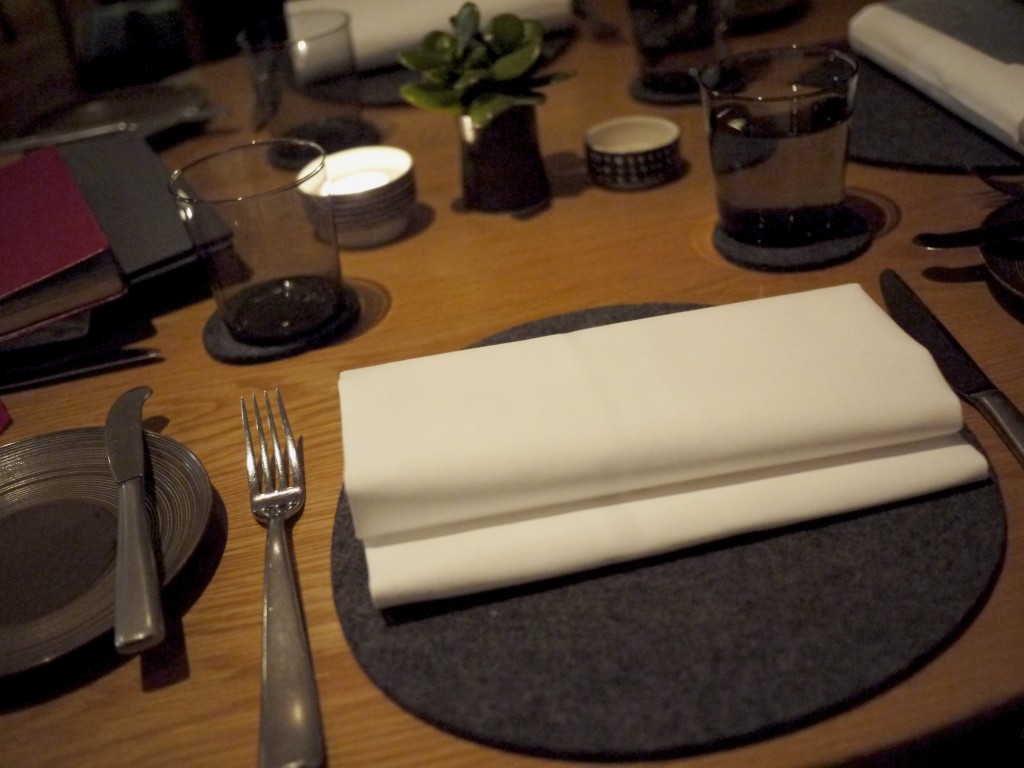 The minimal Nordic theme resonated with the tableware with the noticeable asbence of table cloth. As I hovered over the à la carte menu, a glass of Clover Hill 2008, Pipers River, Tasmania appeared in front of me to whet my appetite. Shame there was no amuse bouche to go with it. 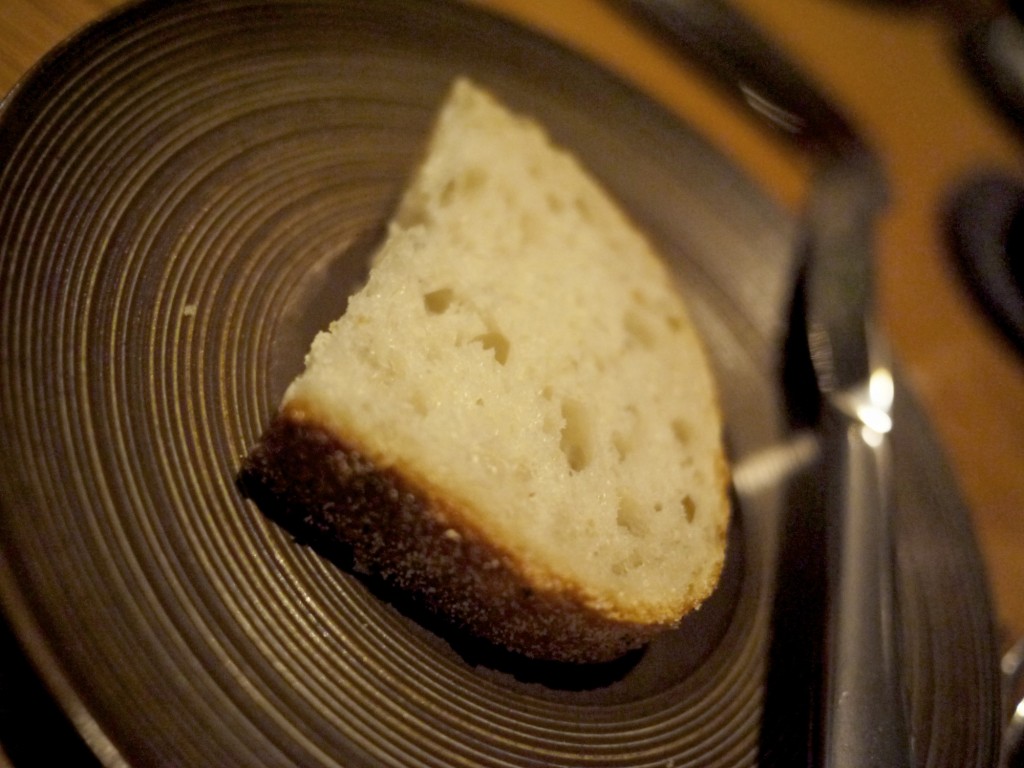 At least I had some bread to tie me over to the starter. The choice of bread was either a sourdough or rye bread which was supplied by Sonoma bakery, one of the main suppliers in Sydney to many a fine dining restaurants such as Quay, est. and Momofuku Seiobo. The bread was palatable with a decent texture and airiness but admittedly nothing special. I must admit that for a quietly confident restaurant I hoped the bread would be home made but it would be perhaps harsh to penalise them when it seems to be the norm amongst the big hitters in Sydney. Where was Mikael Jonsson when you needed him? 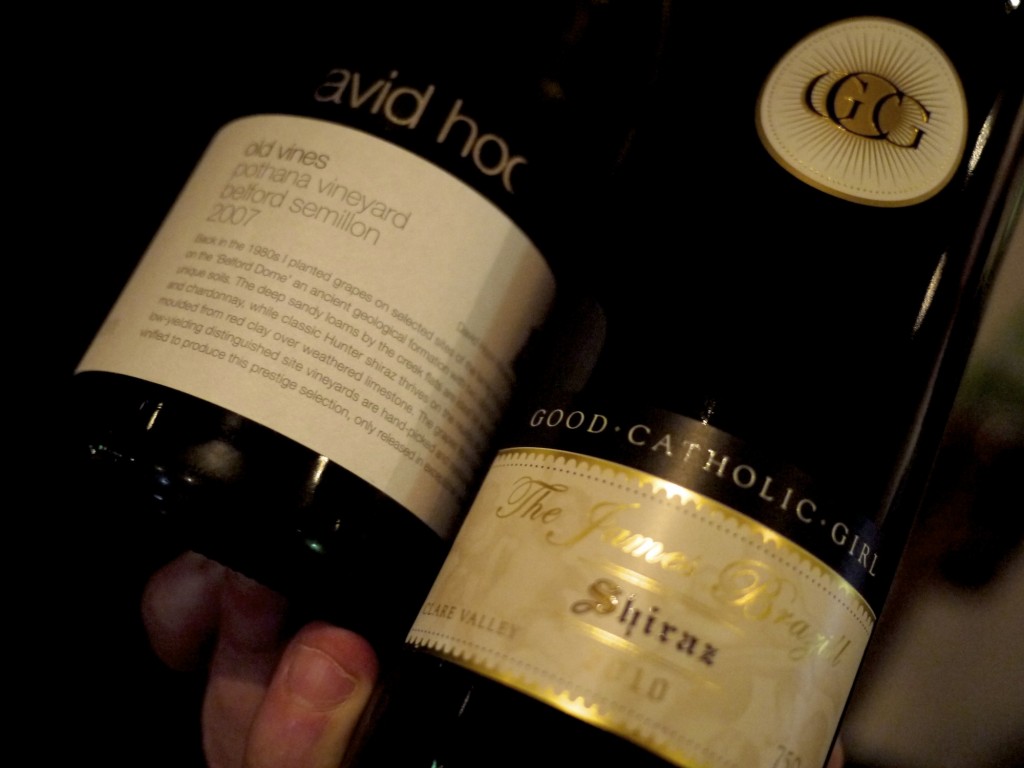 The choice of wine for the evening were both naturally Australian and selected by the savy sommelier. I’ve pretty much made a quiet decision that when any opportunity arises I will always try to expand my repertoire of Australian wines. The first wine to match our starter was the David Hook Pothana Vineyard Semillon 2007, Hunter Valley, New South Wales. It had a decent power on the palate with great aromas of citrus and savoury essence. Our sommelier also prompted me simultaneously to try the Good Catholic Girl, James Brazil 2010, Clare Valley, South Australia  as it would require a bit of decanter. 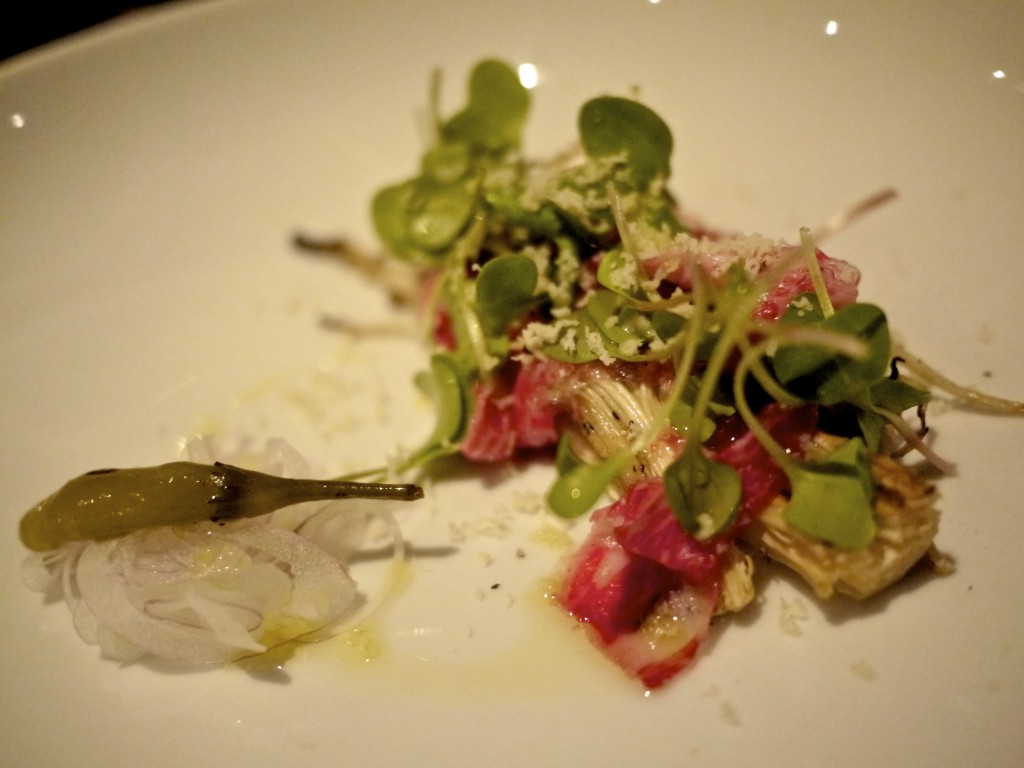 There were quite a few starters which looked appealing. Perhaps it was the fond memories of my childhood going down to our local robata restaurant (the Japanese equivalent of a barbecue where food is slowly grilled over hot coal) that made me choose the Raw wagyu shoulder, robata smoked enoki mushrooms, celtic sea salt, fresh horseradish, soft pickled chilli. It was an extremely light dish that suited the warmer climate of Sydney. The highlight for me was the combination of the smokey enoki mushroom and the creamy wagyu that melted in your mouth. The heat from the pickled chilli was well balanced but I found the horseradish dominated the palate when you had a mouthful of everything at once. A decent dish but not without fault. 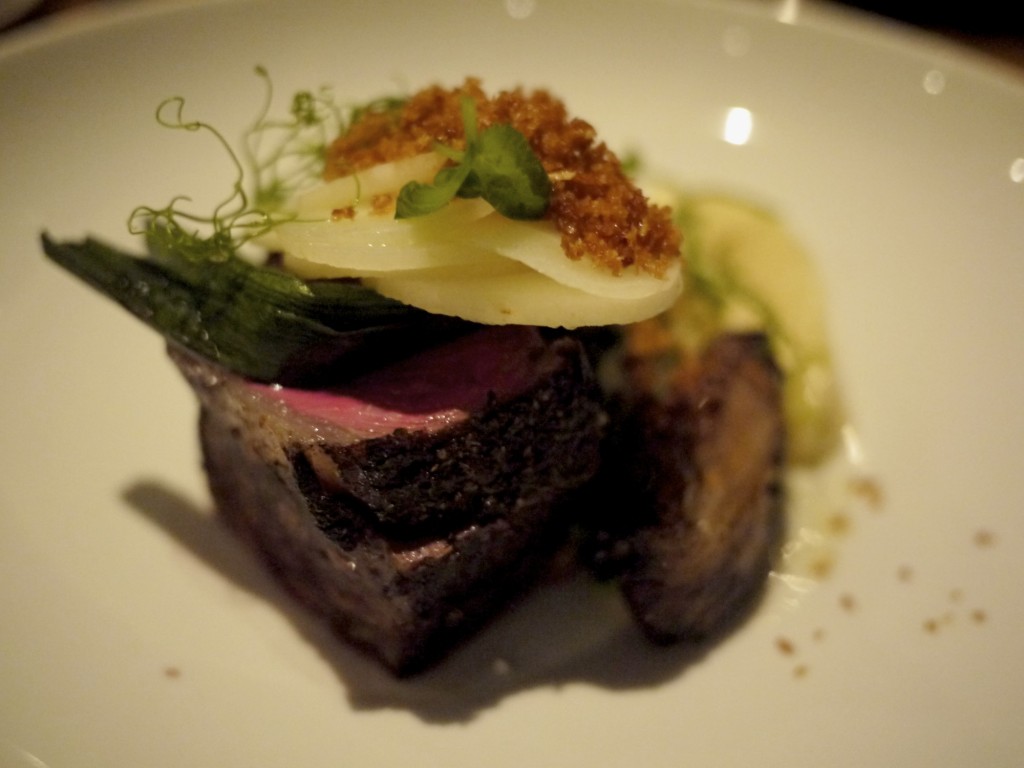 Unbeknownst to me at the time, our decantered red wine was a venture of Julie Barry, the daughter of the late Jim Barry who’s wine I’ve enjoyed on a couple of occasions. The shiraz was the perfect wine to accompany the Robata grilled Junee lamb, parsnips, salt grilled leek, zucchini, coriander seed. The lamb was cooked exactly the way I like it, pink. It had a good texture and the slightly fattier piece had some good flavours but I confess it paled in comparison to the lamb from the Sportsman in Kent, outside London UK. I knew that Kentish lamb would come to haunt me in the future. I also wasn’t too sure about the garnishes and decorations as I felt they detracted from the flavour of the meat. 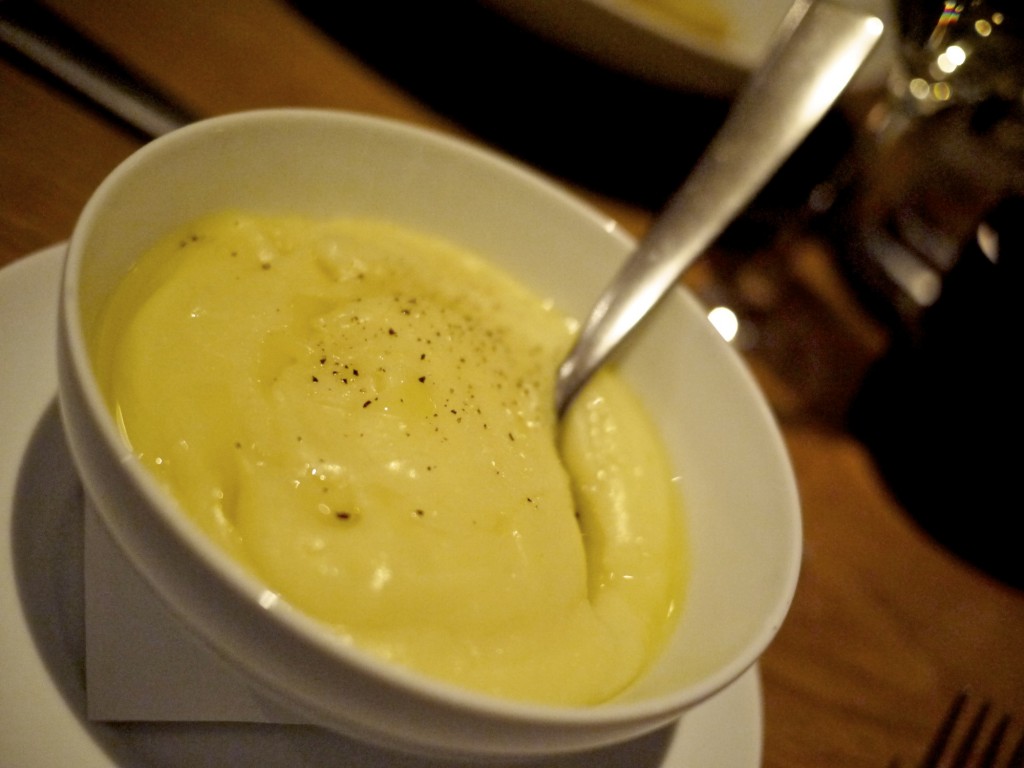 I also ordered a side of Dutch cream potatoes, puréed with Joseph olive oil. I really enjoyed the side dish surprisingly. It was nicely seasoned and had a lovely texture resembling the aligot I had in Michel Bras. I had no issue mopping this up at all! 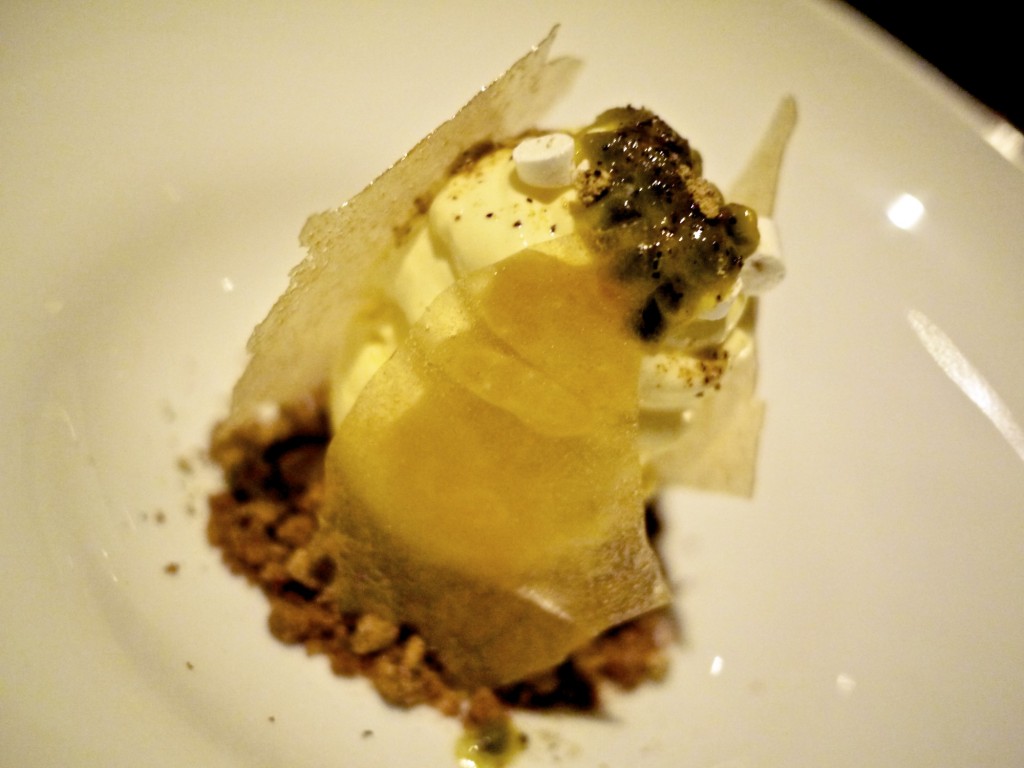 Fortunately the dessert dish of the Aerated passionfruit, roasted nougatine, passionfruit ice cream, passionfruit seed powder, glass biscuit saved the meal from being a completely mediocre one. It was well balanced in sweetness against the slight tartness from the passionfruit and had an interesting variety of textural contrast from the brittle sugar work and crunchy nougatine to the soft meringue and ice cream. What’s more, each component was right in proportion. 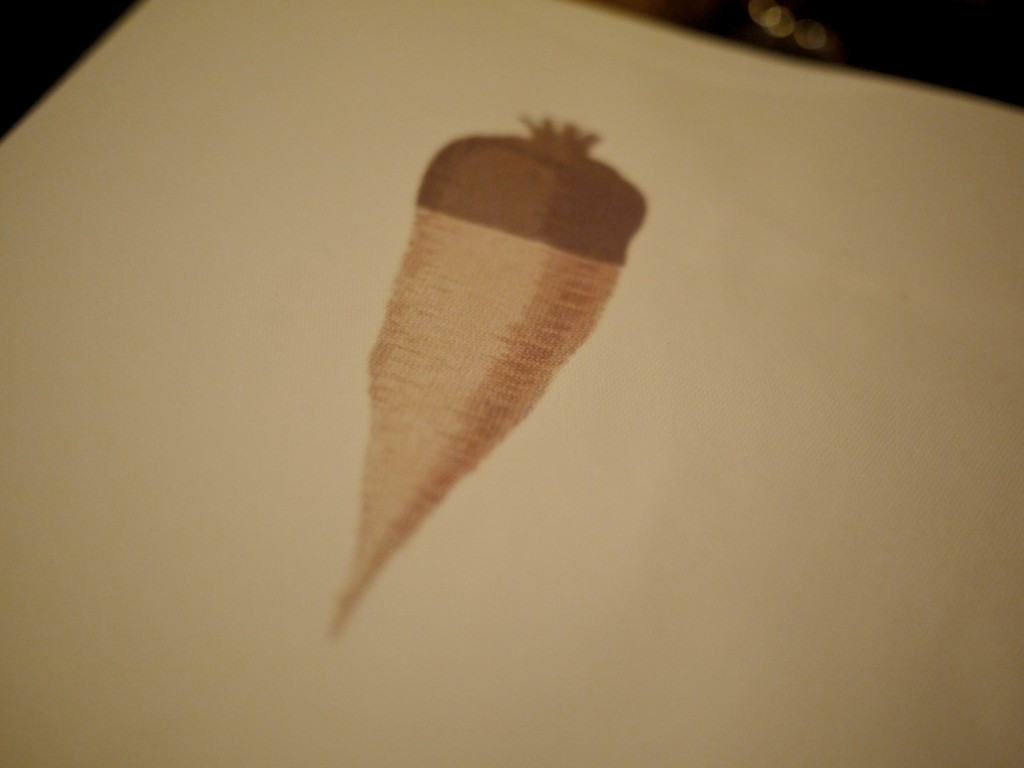 The honest truth is that my dinner at The Bridge Room didn’t redeem my faith in the fine dining scene in Sydney. Perhaps I had an off day but I honestly couldn’t rate this place in the same league as some of the other fine dining establishments I have tried in Australia. Don’t get me wrong, I wasn’t after flashy dishes with look-at-me wizardries and gimmicks. I was just after good honest food and that’s what I was promised, at least on paper. But what I got instead were a couple of dishes that had moments of brilliance, yet let down by imperfections and overshadowed by other personal experiences. The highlight of the dessert and the service from the front of house were however redeeming features and the wine impeccably chosen. I’d certainly recommend this place for a casual meal but nothing more.