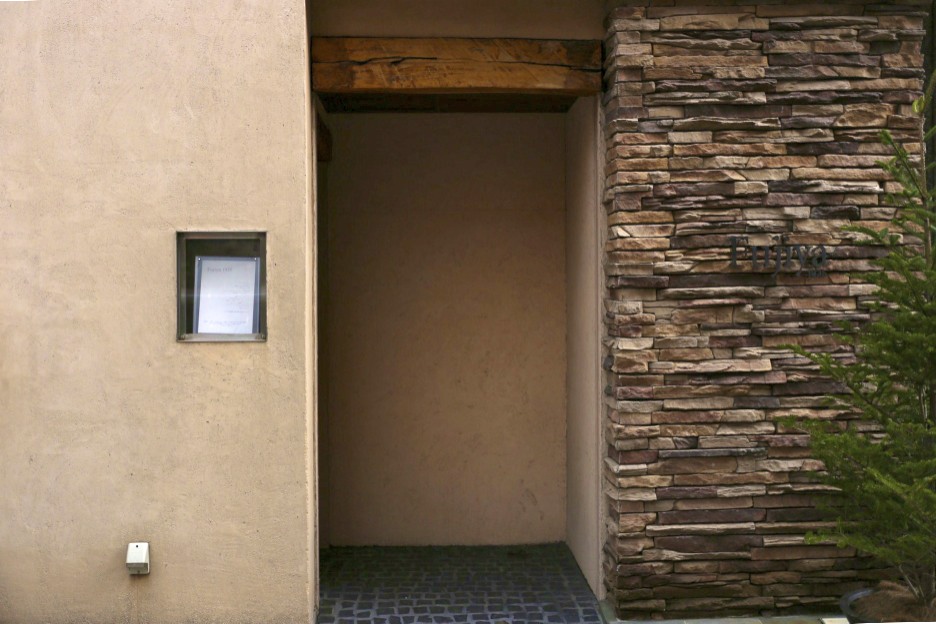 A common mistake many foreign food enthusiasts make when visiting Kyoto is to sample as many three Michelin starred restaurants that all offer kaiseki menus only. After all, kaiseki is a cuisine that follows a certain formula of dishes, utilising only seasonal ingredients so visiting one three starred restaurant is more than sufficient for ones visit. My friend and I had already booked a table at Kichisen (Kaiseki), Isshin (Beef) and Seto (Chicken) and were looking for something different to try. When we exhausted looking at options in Kyoto our attention switched to Osaka where we found one restaurant that fitted that bill. What’s more, it had a bonus of three Michelin stars and was extremely affordable at 7,000 yen only for lunch. 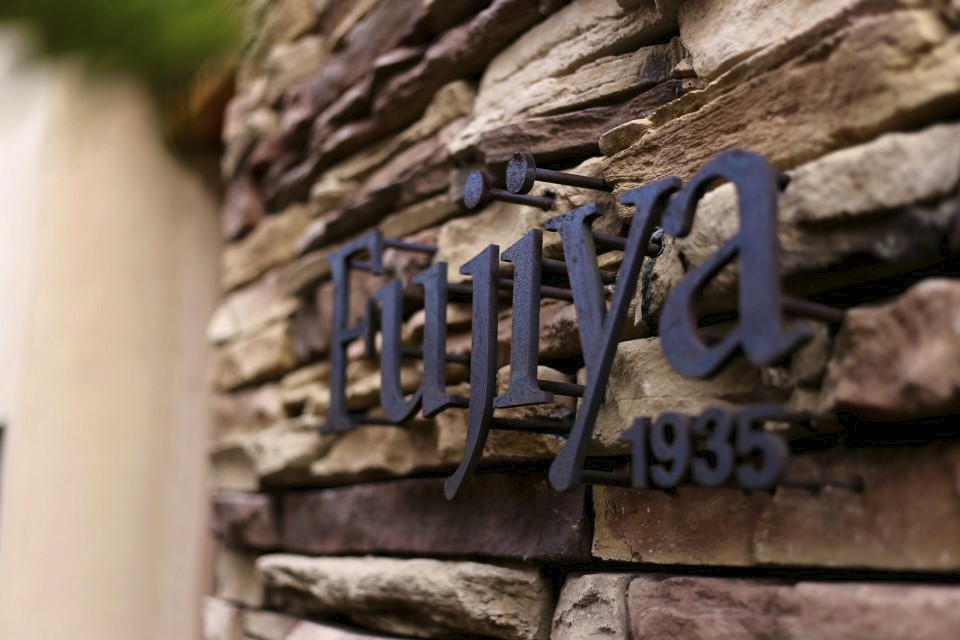 We hopped on a train at Arashiyama and arrived in Osaka with a great sense of optimism. Despite having pre-loaded our maps on our phone, the restaurant was slightly difficult to spot as the signs were not jumping out, but then again that’s just Japan for you. After locating the entrance we had to wait outside for half an hour as we had arrived too early so we decided to read up on the chef. Chef Fujiwara came from a family of chefs and had trained in Italy and subsequently in Barcelona at L’Esguard; a one starred restaurant owned by a chef – neurosurgeon. He came back to Japan in 2003 to take over the family business and re-establish the restaurant as Fujiya 1935; the year being the formal incorporation of the family restaurant. The food at Fujiya 1935 was described as innovative with a Spanish twist so we were expecting some exciting dishes. 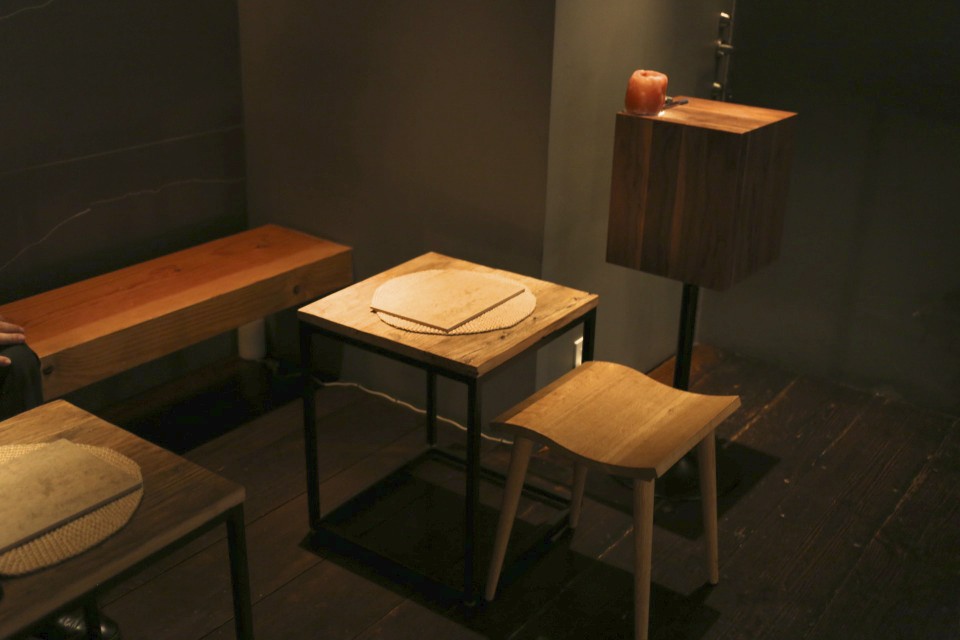 As the heavens started to open we managed to just make it inside and were seated in their front lounge room. It was a very calming room that could not have been more different from the busy main street the restaurant was located on. 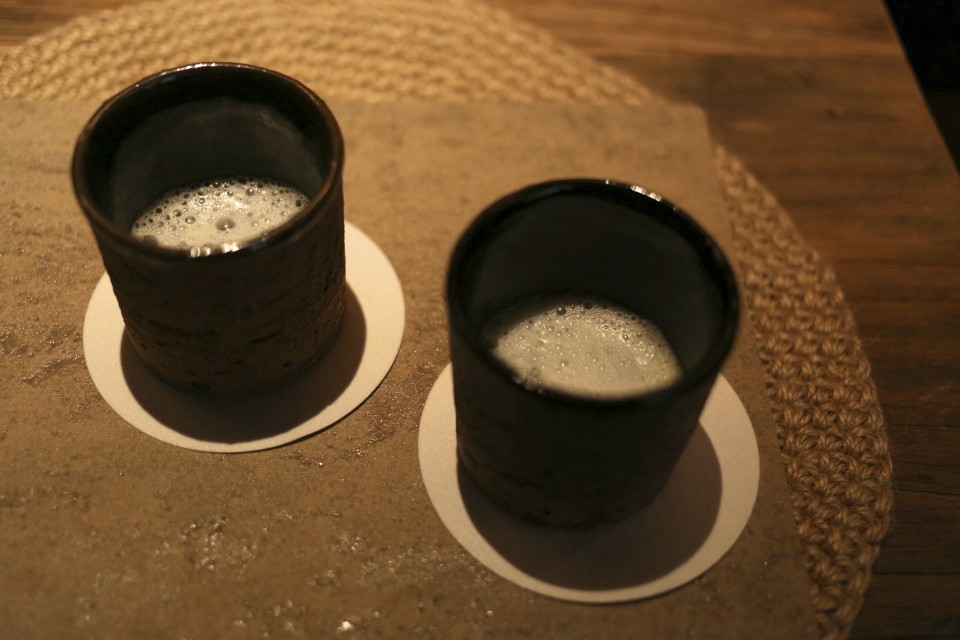 1st Course – Mushroom soup: A cup of warm mushroom soup was served to us whilst we sat in the lounge. The concentration of mushroom flavour was remarkable with a very long aftertaste. It was soothing and delicious, but hardly anything innovative or exciting. 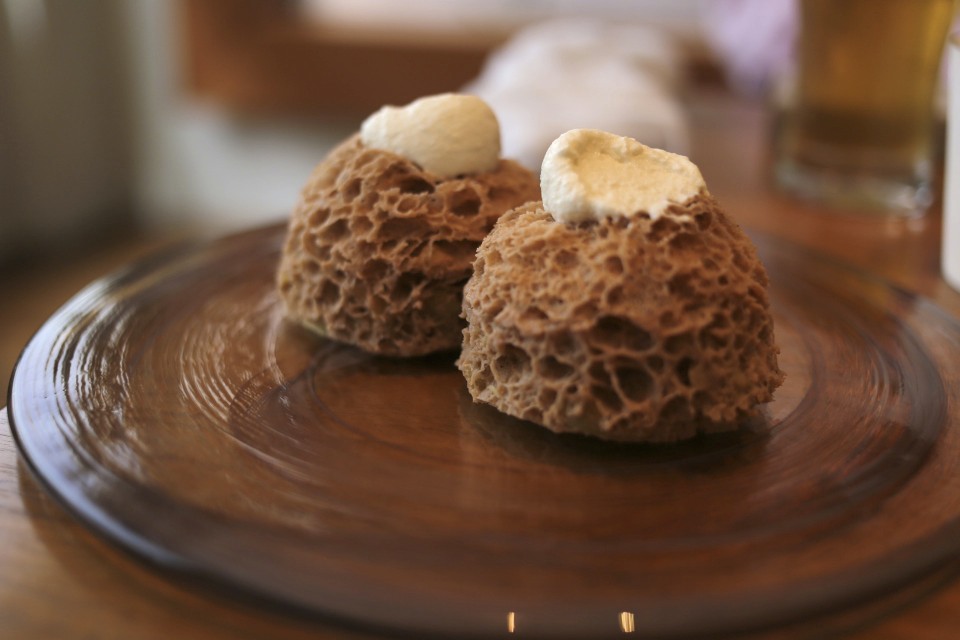 2nd Course – Chestnut bread with bubbles: It was a light and fluffy bread that we were advised to eat like a hamburger as  it would collapse into itself. The ricotta cheese cream was almost like a purée with a good textural contrast to the bread. The flavours were very subtle but the sweetness of the chestnut was very obvious. 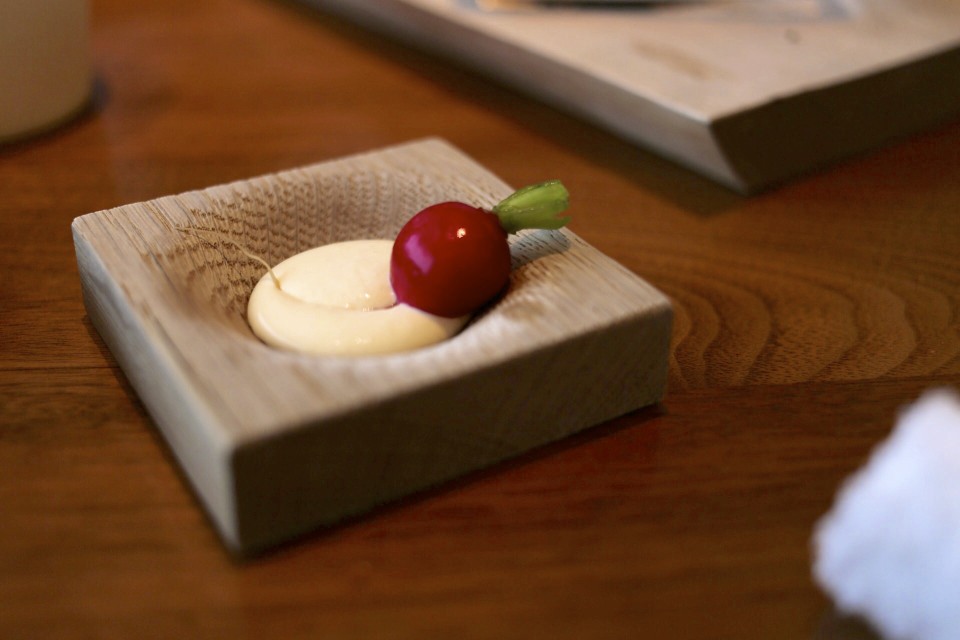 3rd Course – Radish Wasabi Cream: A crispy radish was served on a slab of ice with a silky wasabi cream dip. The radish was very fresh and had a good bite but again this was hardly anything earth shattering… 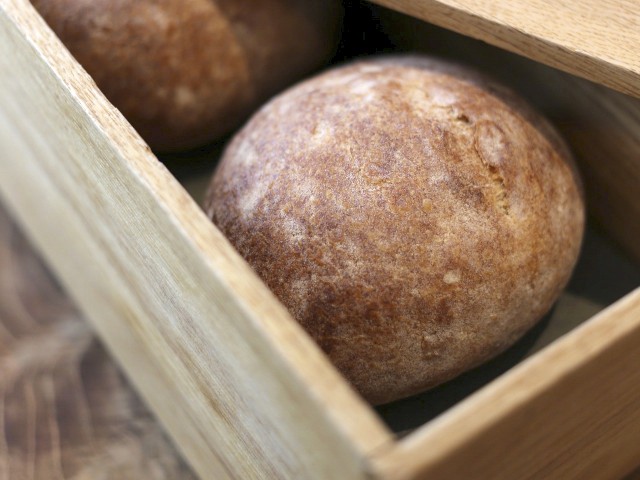 A box of bread was presented to us and served on a slab of warm stone to keep the bread warm. A thoughtful touch though I didn’t think it was necessary as it disappeared very quickly with the accompanying… 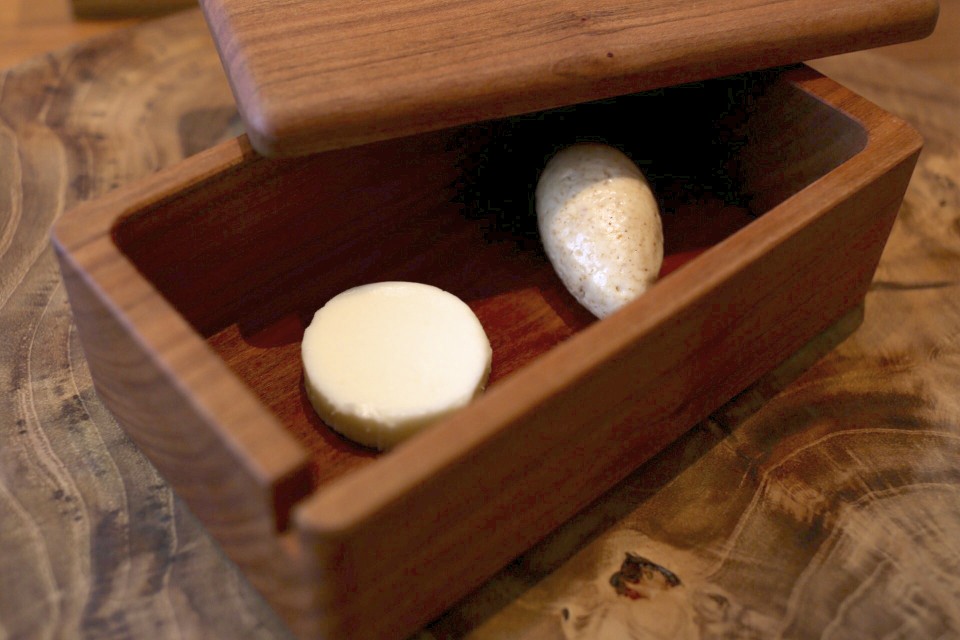 … two butters. The one on the left was from Takayama in the Gifu prefecture, and the one on the right was a sesame butter made with butter from Hokkaido. The sesame (goma) butter hands down was our favourite with its slight sweetness. The bread was nothing worthy of highlighting. 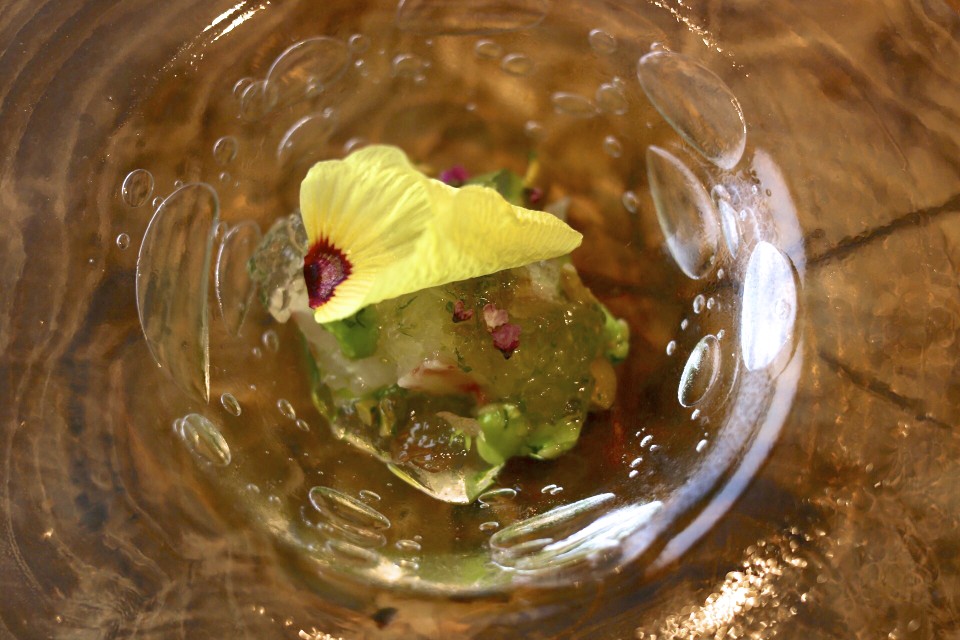 4th Course – Tomato Soup, soy beans, basil sauce, sea bream “Tai”: A rather bizarre combination of flavours which I personally didn’t find harmoniously working together. The quality of the sea bream sashimi from Akashi was evident but the clear tomato soup and nutty edamame just didn’t gel together. It also felt a bit busy with the shiso (beetle leaf) flower, okra flower and olives as well. 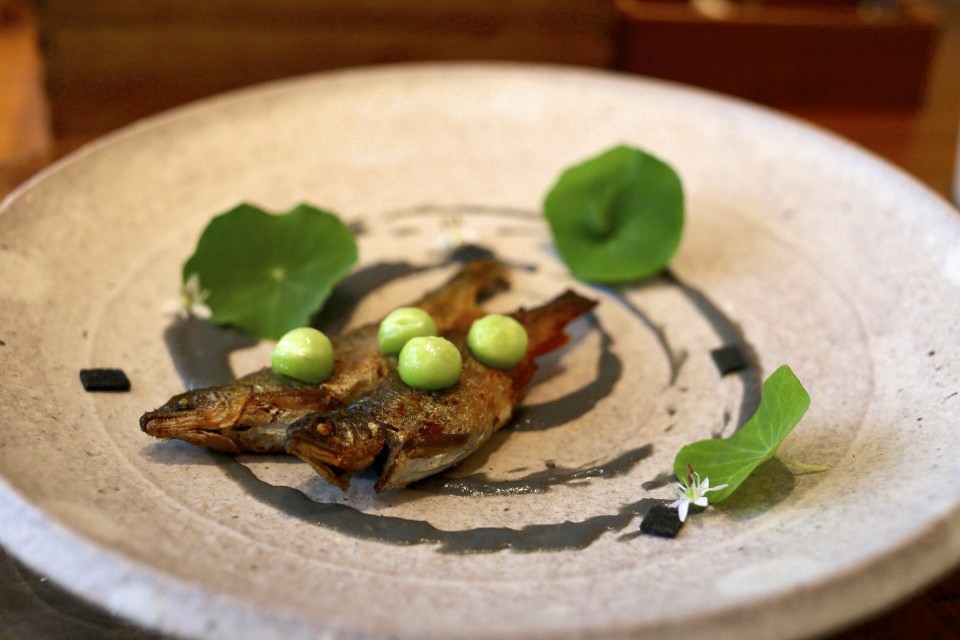 5th Course – Parent sweet fish “Ayu”, sauce of river seaweed: The confit fish was grilled and not too dissimilar to that of a grilled mackerel, but meatier. The slight bitterness from the intestine of the fish was balanced against the sweet edamame. It wasn’t a bad dish but again it was not what I would have called innovative in any way, let alone Spanish. 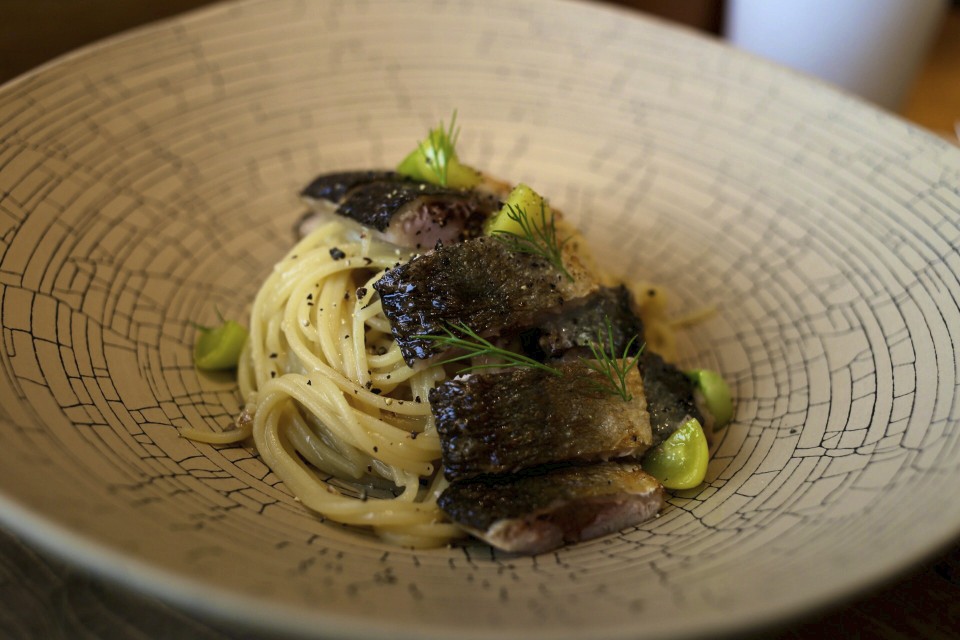 6th Course – Spaghettini, saury, new ginko nut, dill: The saury (sanma) sourced from Hakodate, Hokkaido was delicious despite my reservation with this dish. The marriage of spaghetti with Japanese food is a rather odd invention that I never understood (other examples include the salted roe tarako spaghetti or the stinky fermented beans natto spaghetti). The saury was beautifully cooked with a crispy skin and almost rare inside, and just melted in your mouth. Whilst the spaghettini was al dente, it felt like comfort food that lacked any inspiration. 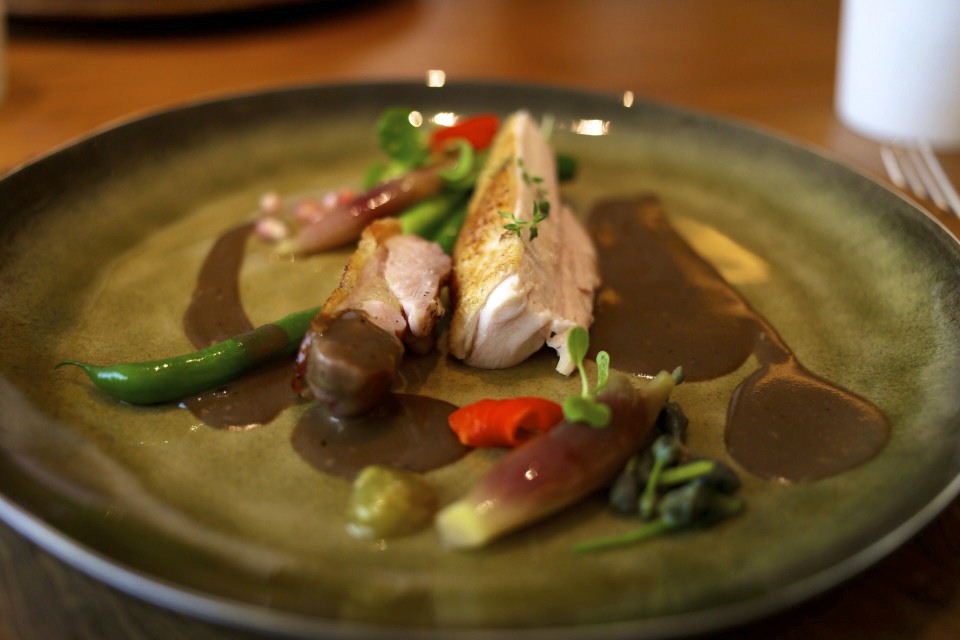 7th Course – Free range chicken Nanatanijidori, manganji (shishito) pepper, myouga: The thigh and breast of a free range chicken sourced from Kyoto was served with a mushroom sauce, beans, shishito peppers, myouga ginger and mountain vegetables. Great execution again in the preparation of the chicken but it was similarly lacking in creativity. I’ve definitely had better chicken in many other places. The myouga ginger also didn’t belong on this dish, though I could see the chef wanted something to cut through the rich mushroom sauce. 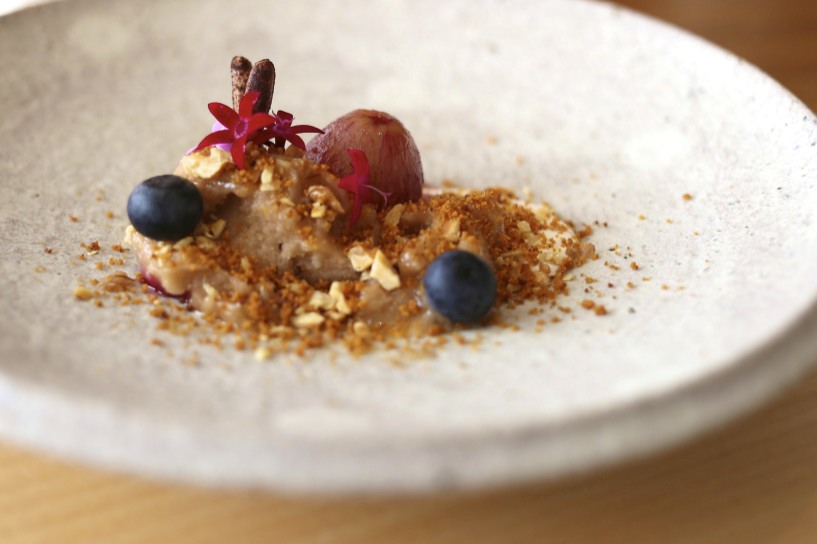 8th Course – Warming grape, Cool grape, blueberry from Murou: The Okayama grapes were served naturally and as a sorbet with flaky and crunchy nuts. This was hands down the best course of the meal and extremely sophisticated. I was surprised at how the flavour of grape was retained in the sorbet  and the blueberry brought a second flavour to avoid this becoming one dimensional. It had textures, flavours and different temperatures. Divine. 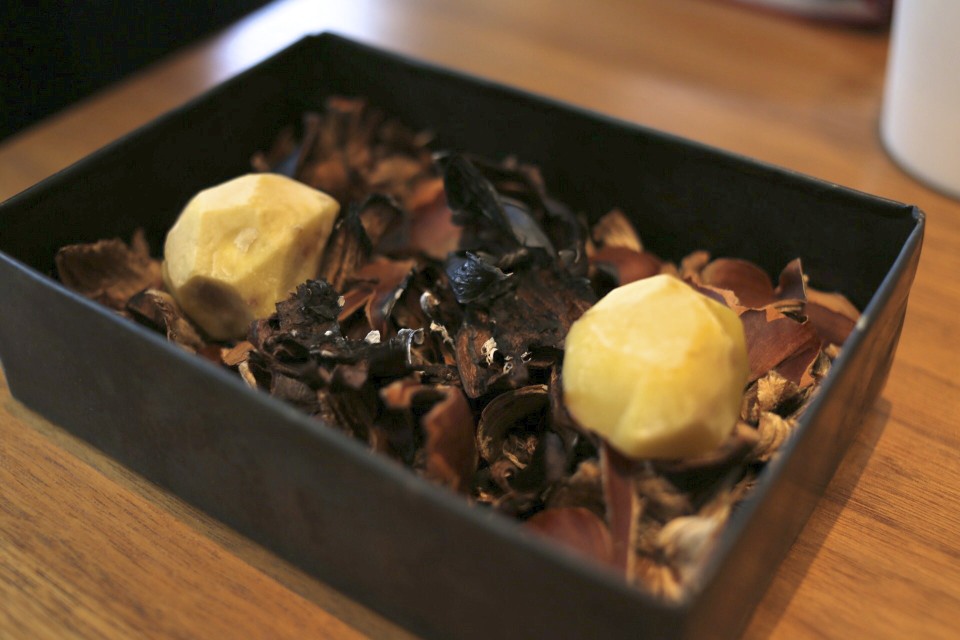 9th Course – Chestnut pudding: A box containing roasted chesnuts was brought to our table. The waiter proceed to open the box to reveal the chesnuts and the smokey aroma that reminded us of autumn. It had a soft texture with ample sweetness and smokiness in flavour. On the side was… 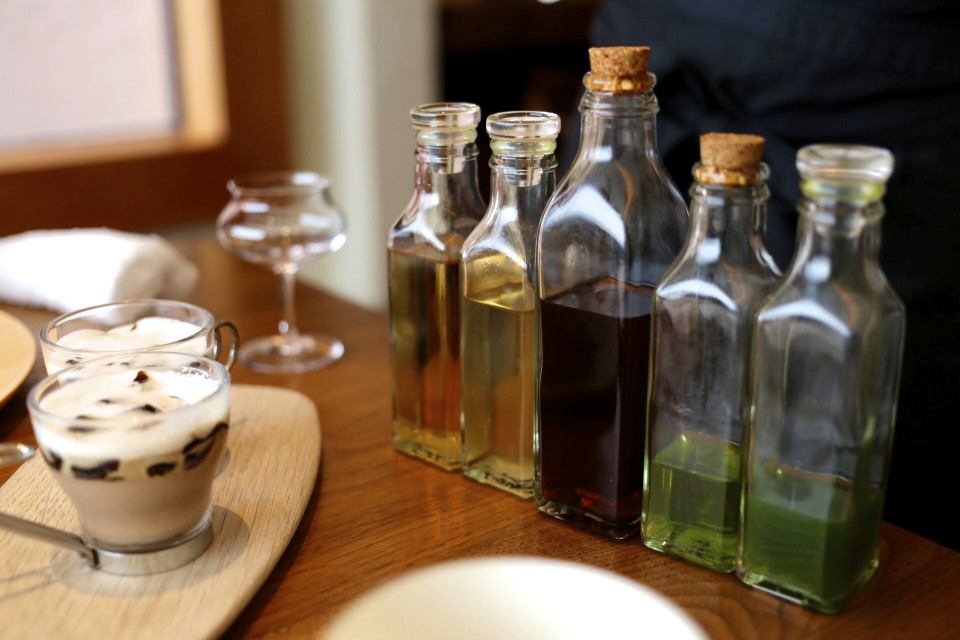 … a Jelly of the rum flavour, which essentially had coffee jelly, chestnut foam and a dash of rum. The combination of the sweet chesnut, bitter coffee and the rum was spot on, and who could say no to a glass of liquor to finish the meal with a choice of rhubarb, fig or a medicinal tasting herb? 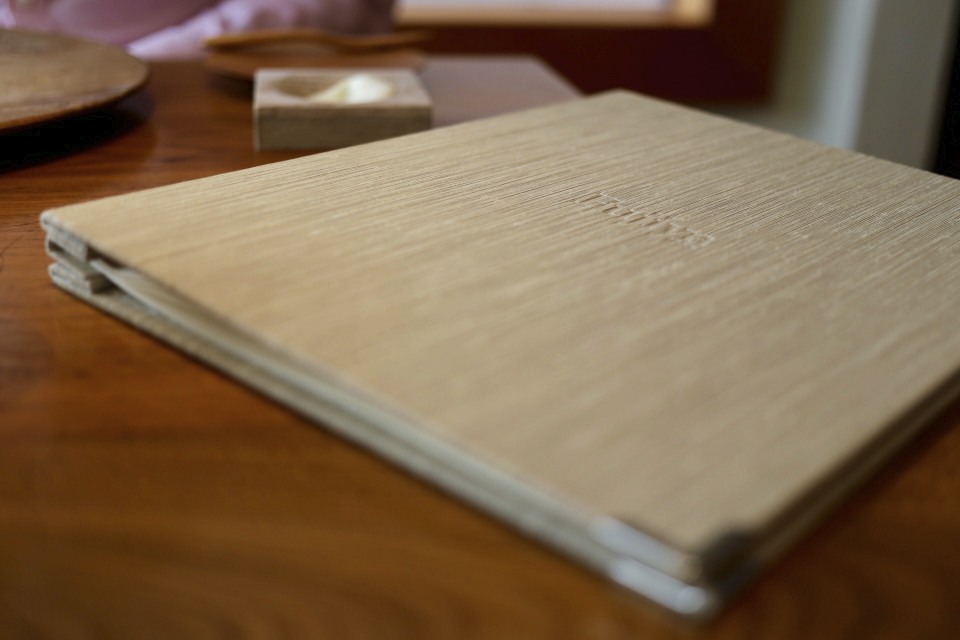 So what was our verdict? We felt the trip all the way to Osaka was not worth it even at 7,200 yen making it the cheapest Three starred meal ever. The caveat here, however, was that the lunch course was half the price and size of dinner so we probably missed out on the more elaborate courses. Saying that, what we did taste was at best well executed but generally lacked inspiration or creativity. What was apparent was that the chef was far better at preparing the dessert courses than the savory ones but even the desserts were not of three or two Michelin star calibre. I think Michelin got this one wrong, and quite wrong. It was definitely not “exceptional cuisine, worth a special journey”.