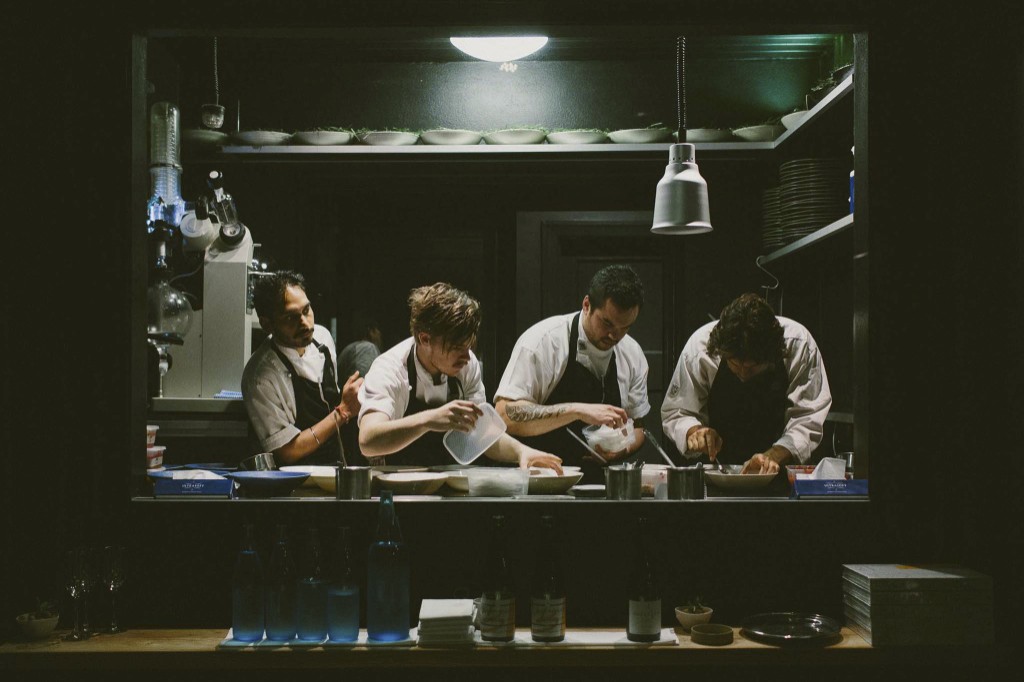 (Note: Big thanks to Harvard Wang for the great photos www.harvardwang.com)

They may speak with different accents and live on opposite sides of the Pacific Ocean but there’s more similarity than the eye meets between Australia’s greatest chef, Ben Shewry from Attica, and his good friend Daniel Patterson from the highly acclaimed 2 Michelin starred restaurant, Coi. Just like Shewry, Patterson made a successful career away from home in California and has featured on San Pellegrino’s Top 100. Absent of pretense in their food, you seldom come across two people with such sincere humility and deep respect for each other. Their equally matched obsession and endless curiosity around produce, foraging and a sense of place suggests they may be brothers separated at birth. It therefore wasn’t a surprise to find out that the two chefs would be cooking together in November 2013 when Patterson was touring Australia to promote his latest book, Coi: Stories and Recipes. 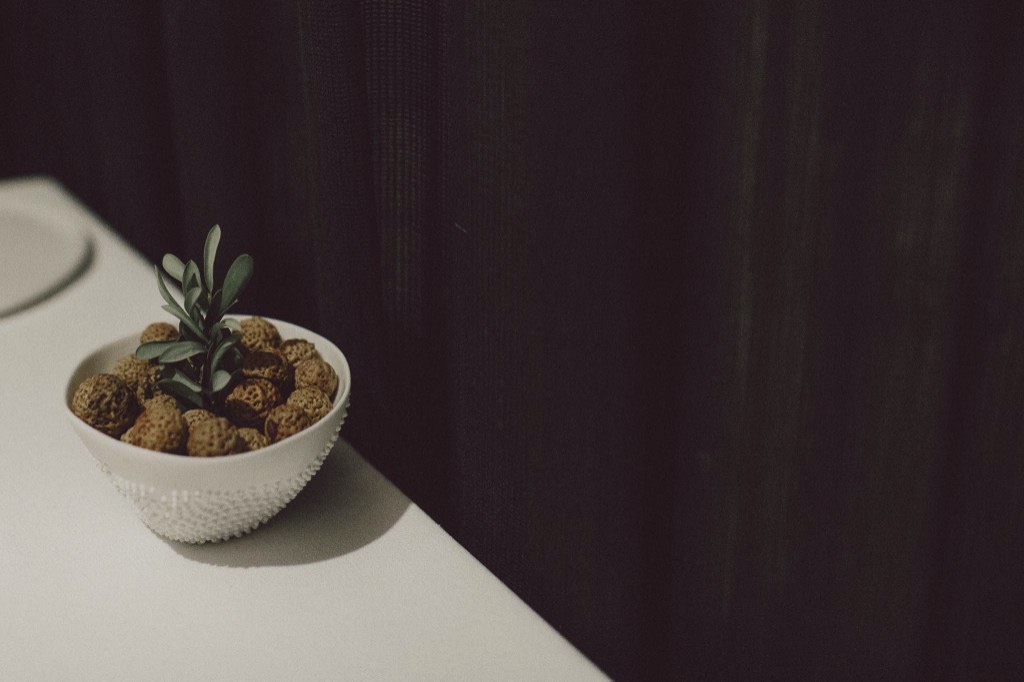 With the exclusive one night event at Attica selling out almost immediately after the announcement, getting a table was no easy feat. Other than the food related celebrities like Matt Preston and a handful of prominent writers, it felt as if we were dining amongst extended relatives to the Attica team that evening. Amongst the jovial banters and laughter that echoed across the dining room all night, you couldn’t help but feel as if you were attending a family reunion, and an extravagant one if I may add. 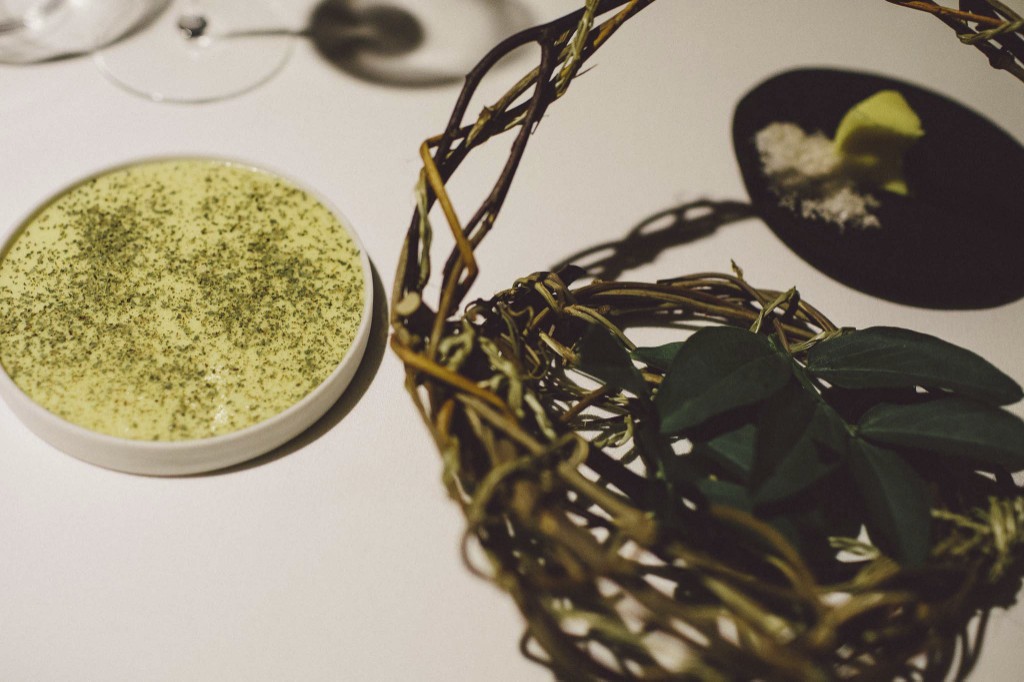 The menu that evening was carefully designed to incorporate a balanced number of dishes from both chefs. Shewry kicked off the evening with the Black Broadbean Leaf with Rotten Corn (Attica), which was essentially black broadbean leaves from his garden served with fermented corn juice emulsified with egg yolk, and sprinkled with forest anise and alpine pepper. 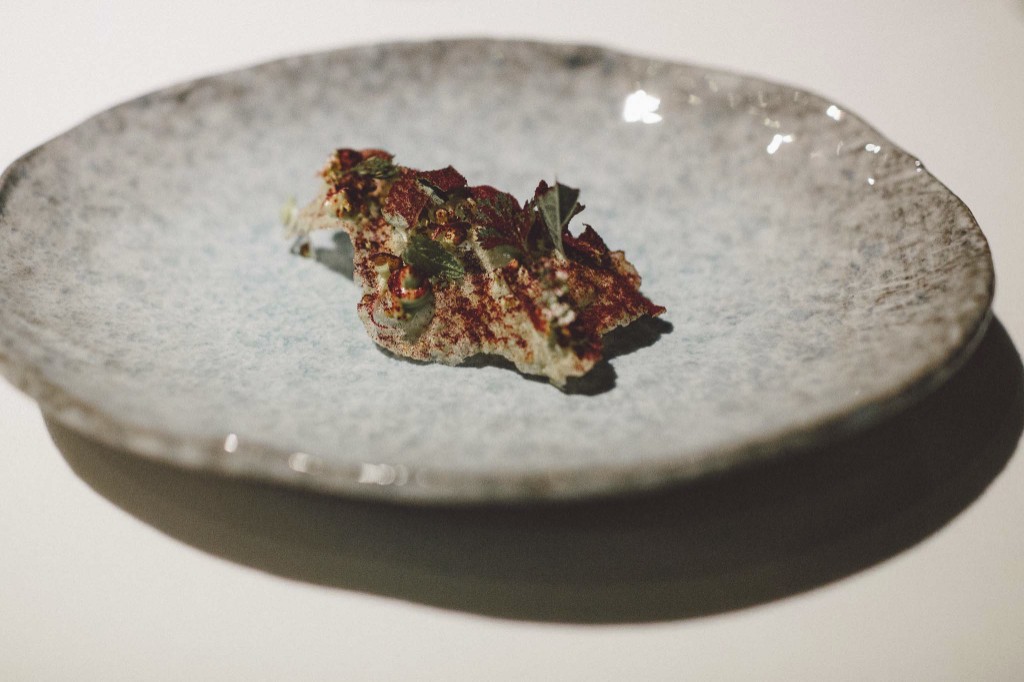 The second dish of the Australia Bowl (Coi) was Pattersons take on Down Under and adapted from his signature dish of the California Bowl. It had the perfect crisp and delicately balanced toppings. It consisted of brown rice that had been puffed and dehydrated, topped with charred avocado purée, sprouts that Attica had been sprouting over the last few weeks for Patterson, red dust of beetroot powder, vinegar powder, native pepper and Californian spice (aka espelette pepper, originally from France). 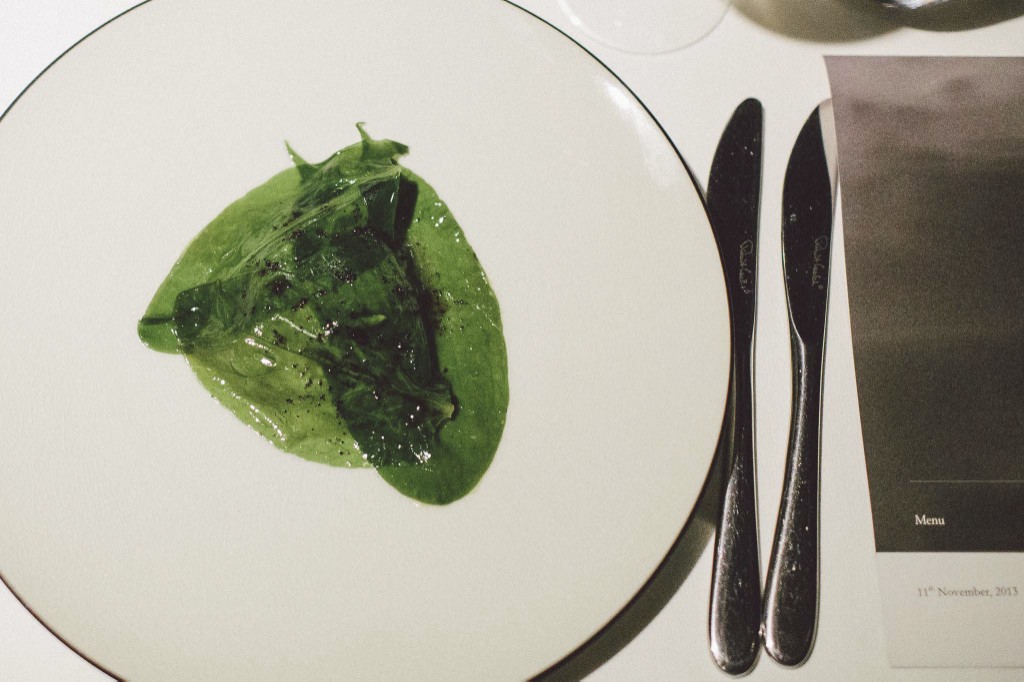 Ben’s classics hit of the Snow Crab and Sorrel (Attica) of course made it on the menu and as always left the dining room speechless, followed by a few mutters of “mmmm’s” and “ahhh’s”. The snow crab had been steamed and picked delicately to ensure all the shell had been removed. The sorrel leave compressed in verjus and grapeseed oil blanketed over a purée made from whole mandarins, buckwheat, mustard flowers and spiced vinegar. Some dusting of the native bush tucker pepperberry to finish. 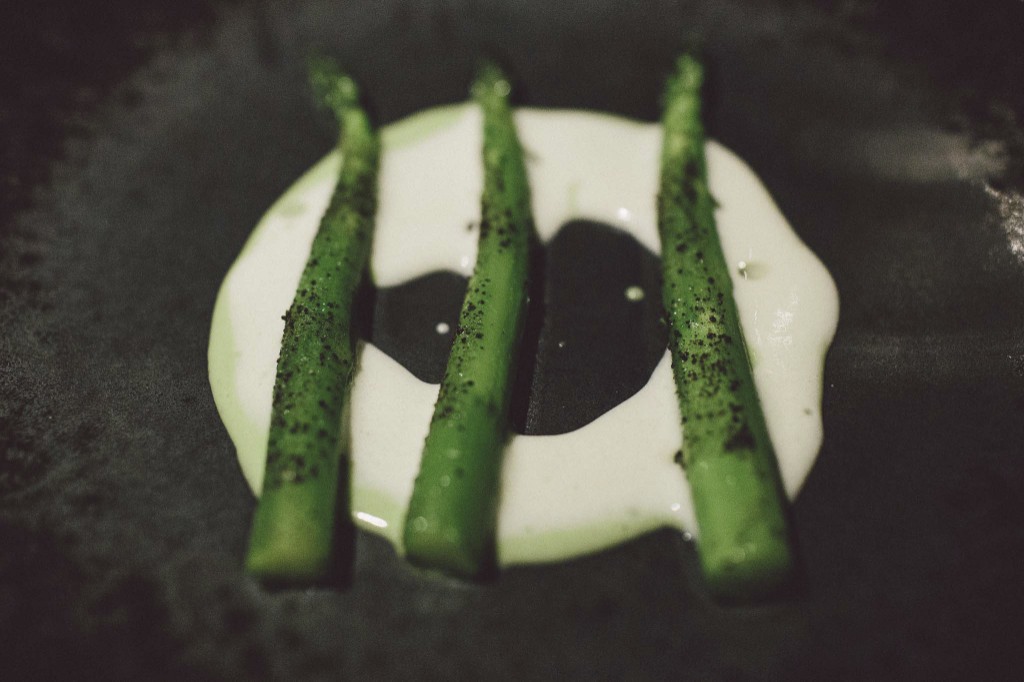 Asparagus cooked in its juice (Coi) and seared, served with a meyer lemon sabayon, citrus oil, juice of asparagus, and dusted with seaweed powder. The asparagus was of good quality and cooked well. The seaweed powder packed with umami took the flavour to another level. Simple yet delicious with a clean aftertaste. 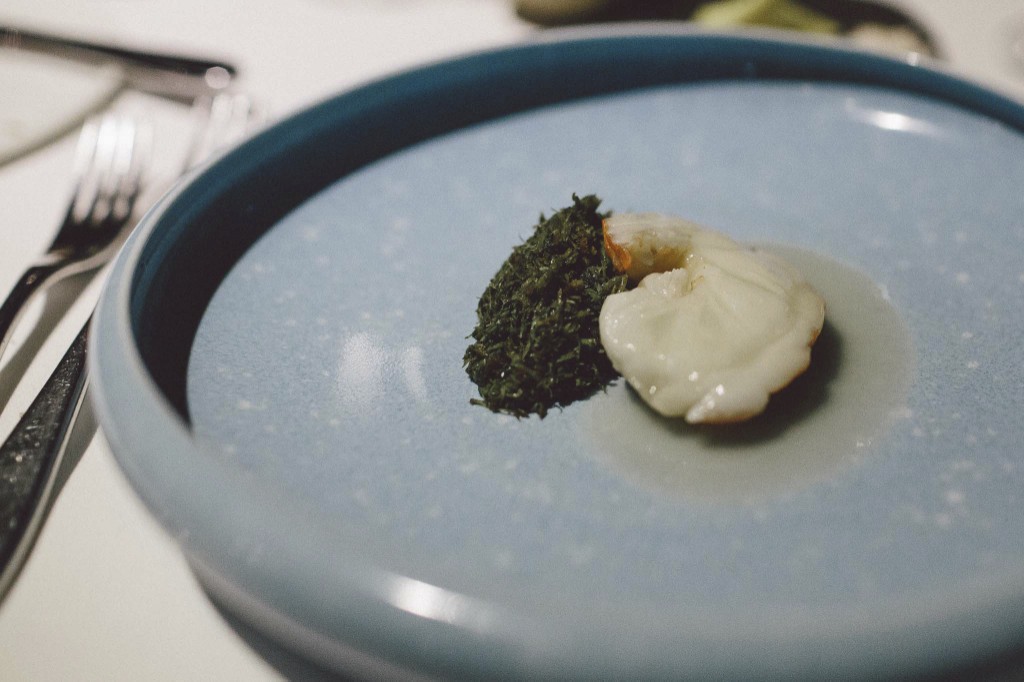 Another familiar, yet consistently delicious dish of Marron and Ground Greens (Attica). Shame the matching glass of wine wasn’t the usual Giaconda Chardonnay, although the substitute of the Clos Ste Magdeleine Cassis Blanc complemented the dish enough with its minerality and spice. 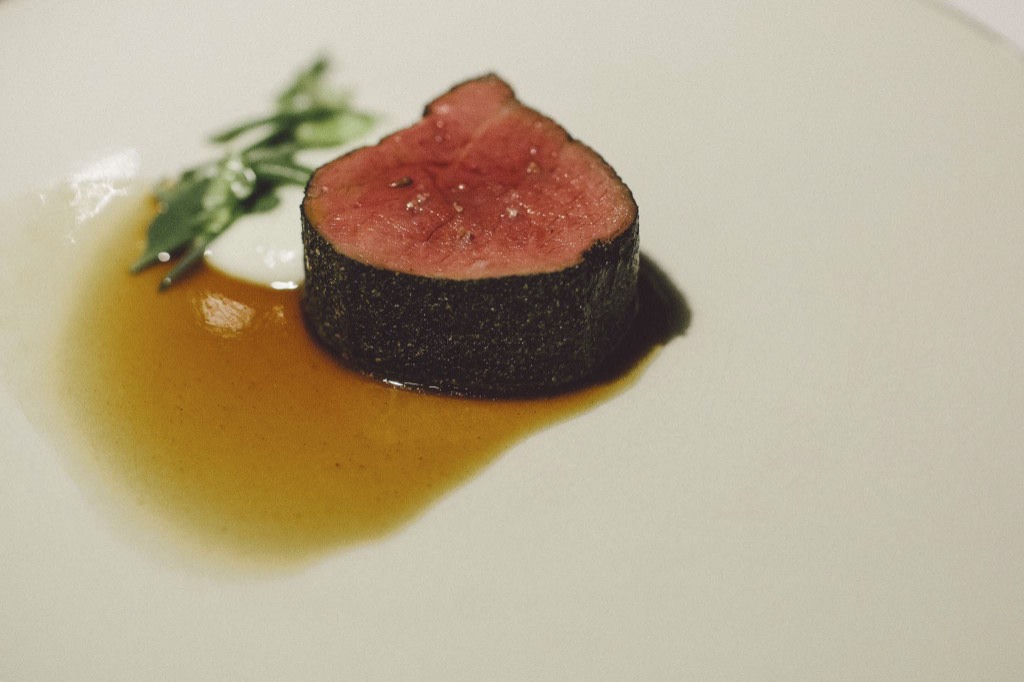 The main course was contributed by Patterson with the Beef encrusted in Lichen (Coi). A beautiful cut of sirloin of a pure breed Black Angus beef from Cape Grim, coated in a lichen powder and served with creamy potato purée. Patterson had collected the lichen himself from a forest near San Francisco and brought it with him to Australia. My immediate thought was, how did he get it through customs!? The bordelaise sauce was acidified and had angelica root and Californian cypress as flavourings. The dish was topped with beach herbs including sea succulent, dune spinach and sea lettuce. I was initially disappointed to not see the Wallaby course from Attica but this dish was equally stunning. 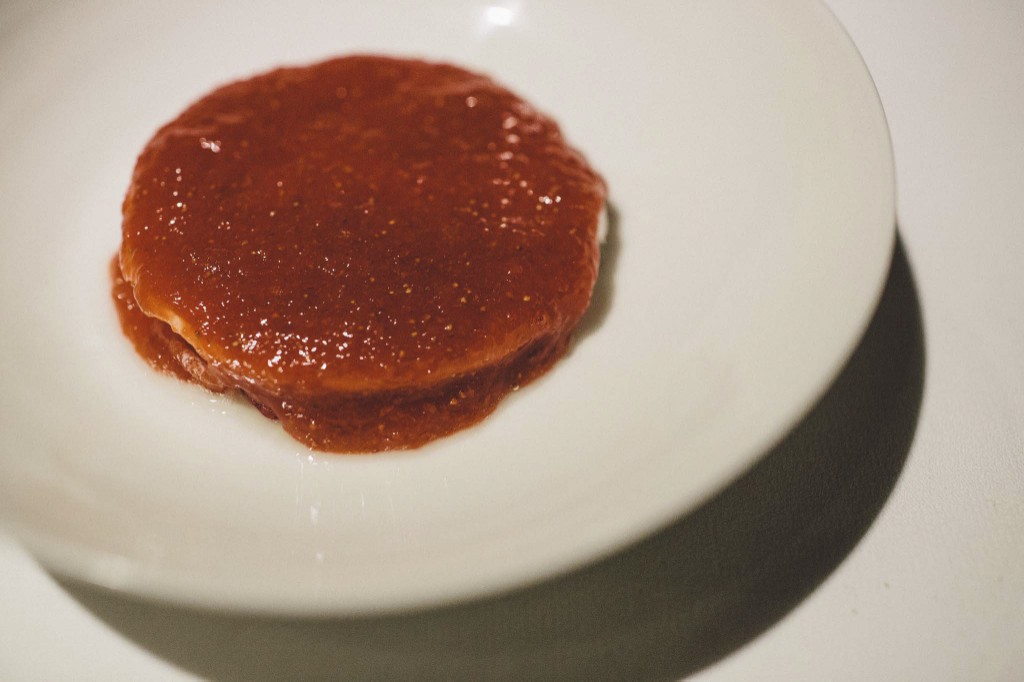 A serious contender to one of my all time favourite dessert course ever, Shewry’s Plight of the Bees, was the Raw Strawberry Jam (Attica). The strawberries sourced from Wandin, Yarra Valley were served in multiple ways. Some were fresh, some dehydrated slightly, giving them a chewy texture, and some also used to make a jam using the roto-evaporator, allowing Shewry to ‘cook’ the jam at about 35 degrees celsius and thereby preserving the natural strawberry flavours. The meringue was flavoured with vinegar and the ice granita was made with vanilla and forest berry. To complete the dish, a dollop of slightly soured cream. Four words. Heaven on a stick. 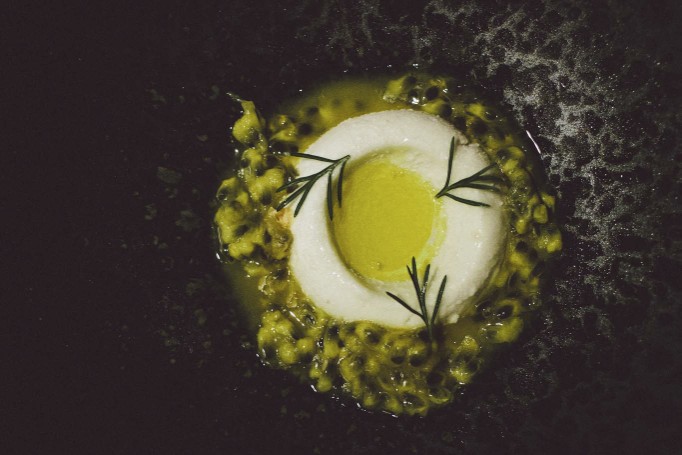 Patteron’s finale of Whipped Coconut (Coi) was full of surprises. The coconut milk whipped through marshmallow was partially frozen to create a very unique texture bordering chewy and creamy. It was decorated with frantoio olive oil, fresh passionfruit and liquorice herb. A perfect balance of the trifecta: sweetness, acidity and savouriness. Sensational. 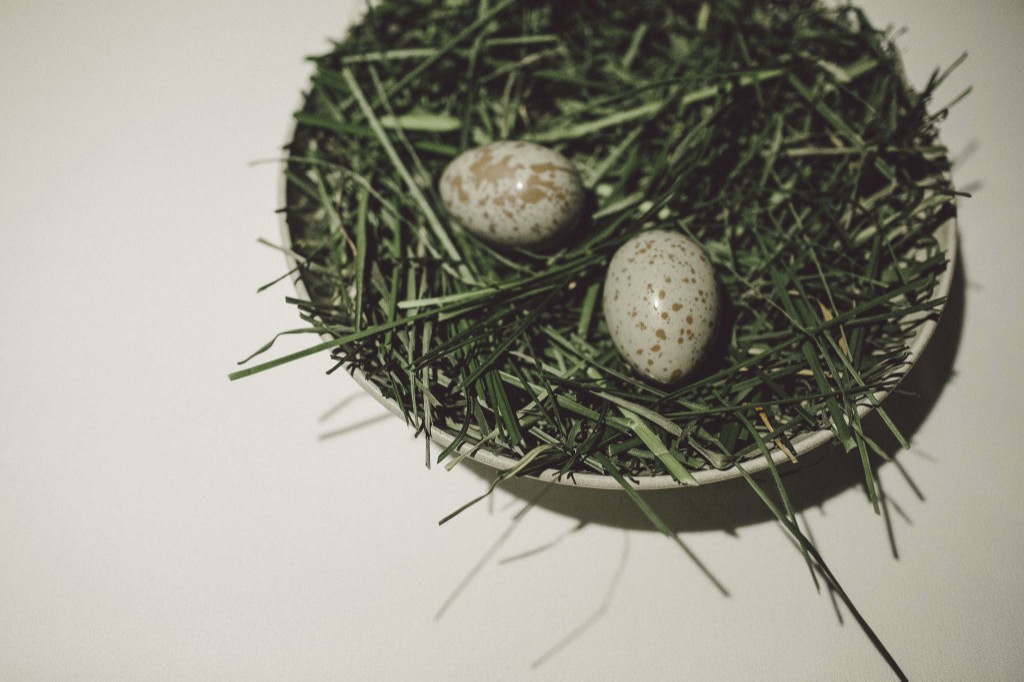 Some Pukeko’s Egg (Attica) to finish the meal with an espresso. I think it was a fair observation to say that my companion for the evening, Harvard Wang, who also took all the photos for the evening was equally blown away from the meal. 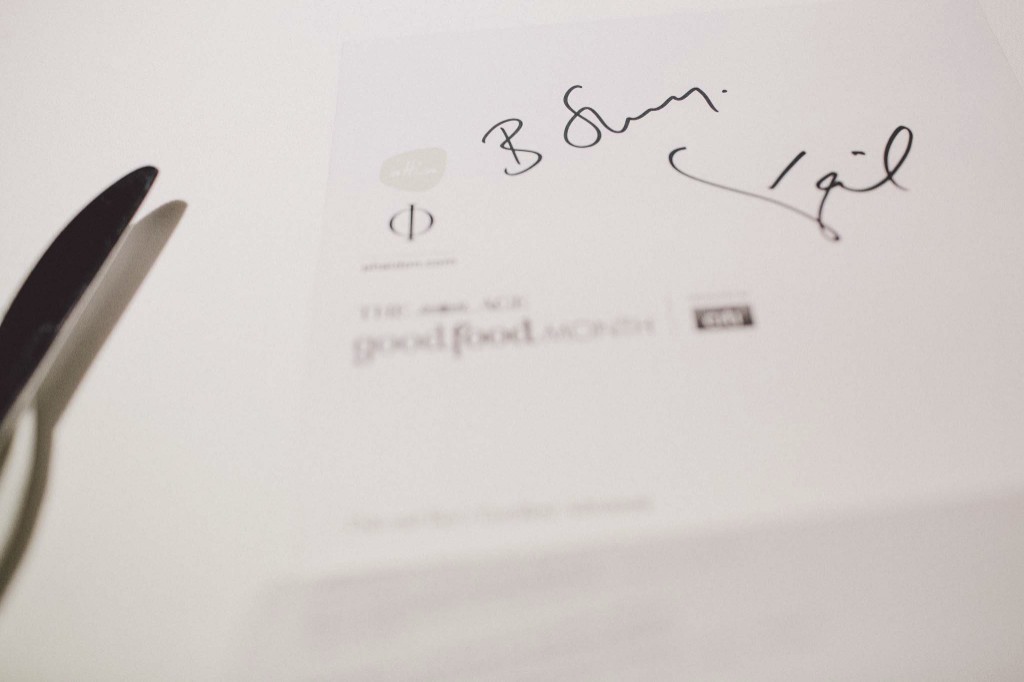 Based on just four courses served that night, I could see why Shewry described Patterson as a “beautiful cook”. Similar to Shewry, Patterson made delicious food look easy to produce with his simplistic presentations but you could appreciate that was far from the truth after tasting his dishes. Yet, despite the highly technical skills that went into each dish, Patterson’s aim was always to draw out and highlight the flavour of the main ingredient on that plate. He did it with such elegance without complicating things. Everything on the plate was there for a reason. Whilst the intention to purchase his signed book was there all night, I felt it was something I could only own after visiting Coi properly in California to better appreciate his food in an environment he knows like the palm of hand. Having never visited California to date, his restaurant would be the perfect introduction and I can’t wait.