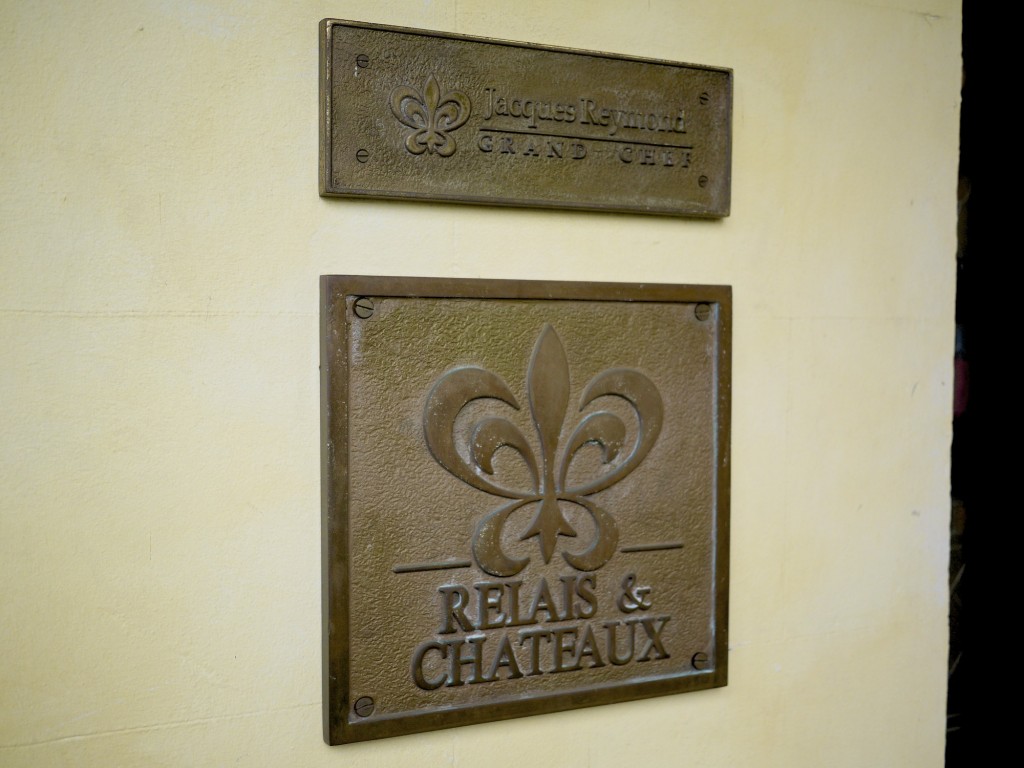 Synonymous to being one of the founders of fine dining in not just Melbourne but Australia, there was no way I could let this restaurant close without trying it once (Note: The restaurant closed in December 2013). My wife had been there over five years ago and left hungry despite opting for a tasting menu. Given she wasn’t keen to go back, I managed to convince one of her good friend to accompany me for a lazy Friday lunch. With the reservation confirmed all I had to do was just wait for the last week of October to come. Chef Reymond was about to hang his apron for good in just two months time and I had managed to get a table. It was all very exciting at first… 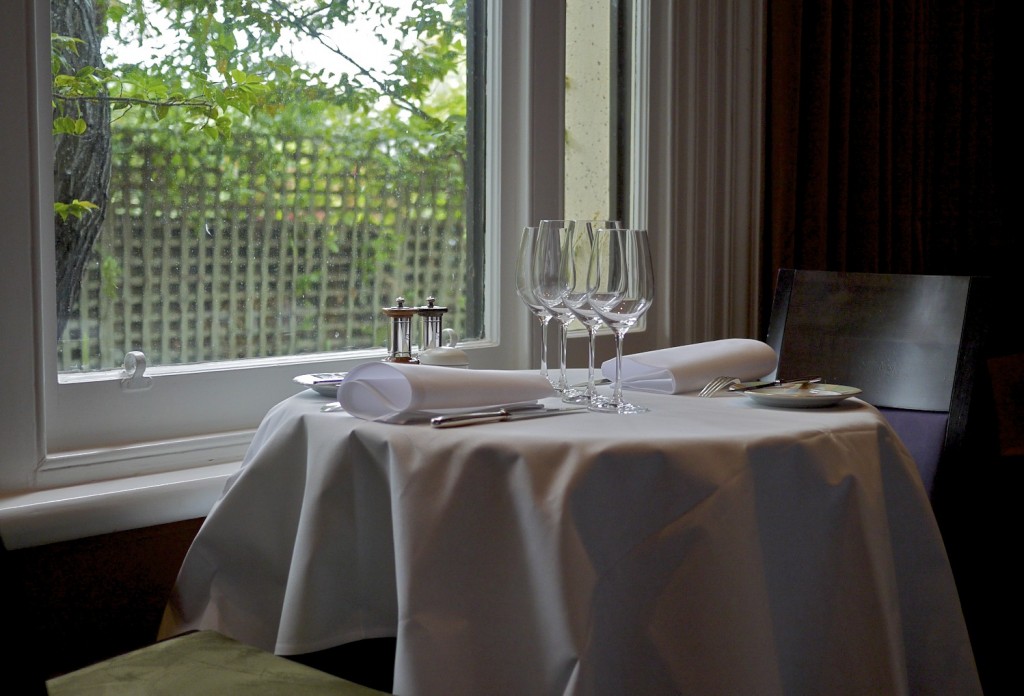 The interior of the restaurant was not quite what I expected. Inside this beautiful 19th century Victorian mansion were rooms and furnitures with flashy colours of red and lilac and avant-garde lighting. Whilst the taste of the design may not have been up my alley, I assumed that if the eclectic interior was in any way a representation of the chef’s cooking then we would be in for a treat, or at least something interesting and different. 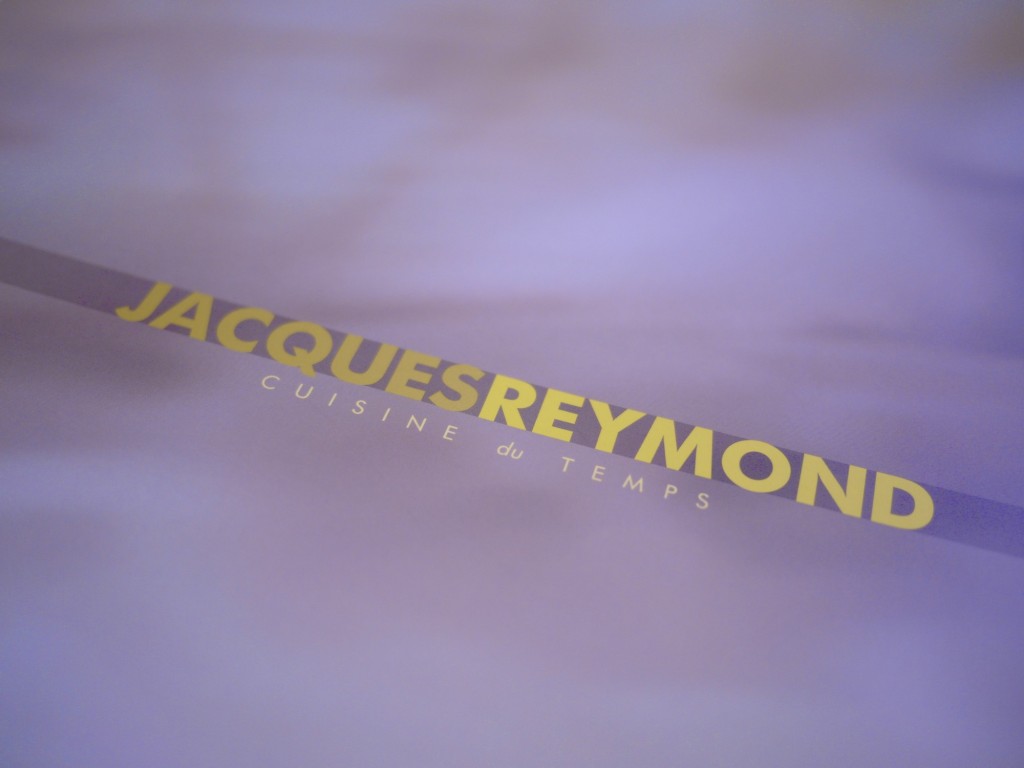 One of the reason why I chose the lunch option was because the full tasting menu was significantly cheaper and I generally preferred lunches for lengthier meals and good lighting. As we both came here wanting to taste as much as possible, it didn’t take long for our waitress to take our orders and get the kitchen working. Having not had breakfast we were both starving and couldn’t wait to tuck in. 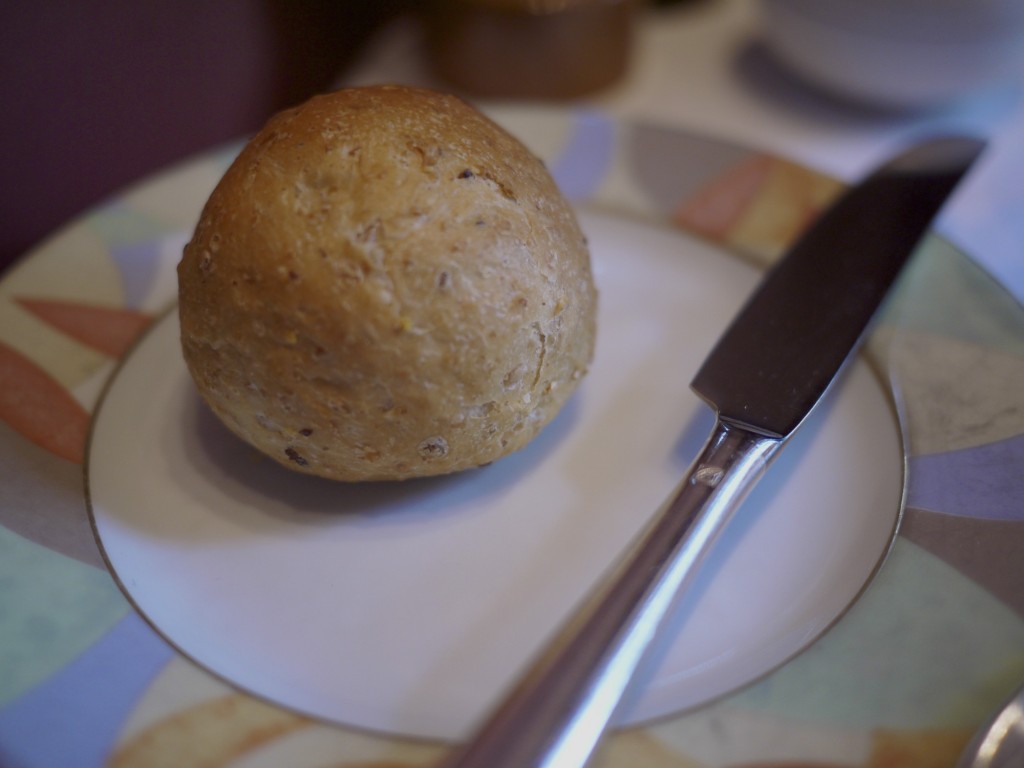 To kick off the meal we had a home made multigrain bread served with home churned butter. Wait a minute. “What happened with the amuse bouche?” I enquired. To my astonishment the response was “Jacques is a particular man and he doesn’t do amuse bouche”. Really? As Jean-George Vongerichten said once, this was essentially an opportunity for a chef to express his or her big ideas in a small bite. At the price he was charging I was quite amazed at how stingy he was. My heart sank. The amuse bouche was my favourite part of the meal! I had a really bad feeling about the meal to come but kept quiet. On the flip side, at least the bread was home made and quite good; surprisingly not something I’ve found to be common across many fine dining restaurants in Australia to date. 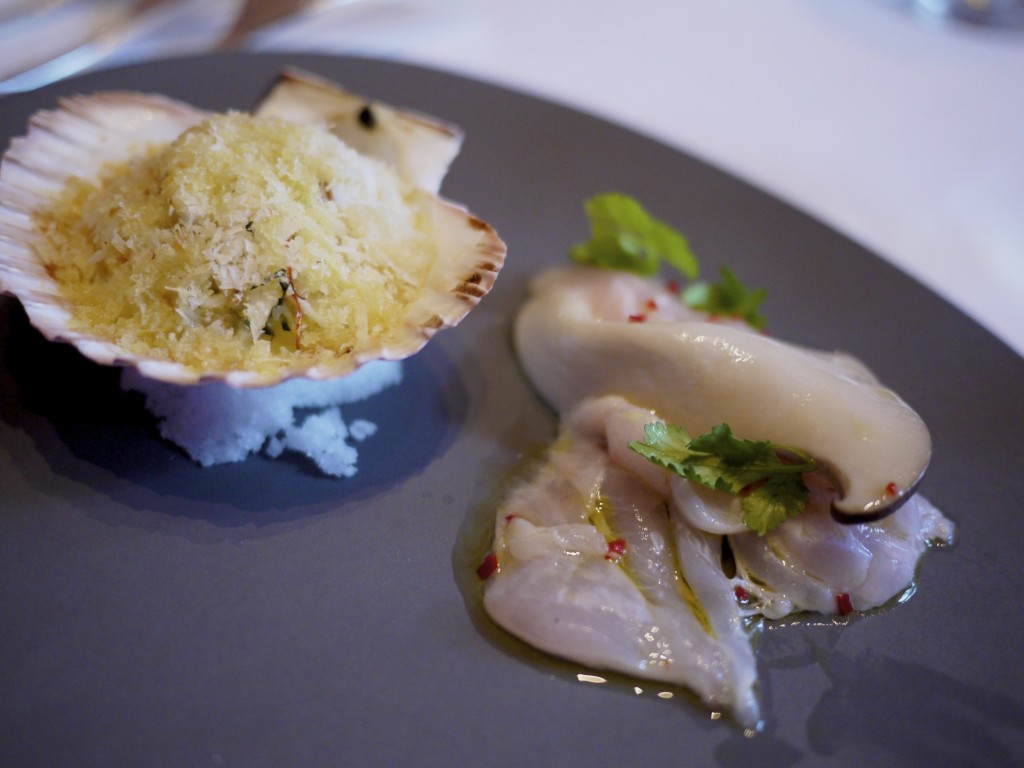 Our first course of Crab farcie gartinée, ceviche of hapuka took a bit of time to prepare as we had long finished our bread roll by then. We decided to follow the recommendation of our sommelier by matching the dish with a 2008 Vouvray Demi-Sec, Domaine du Clos Naudin, P. Foreau, Loire, France. The wine was well matched for the dish, however the gratinated spanner crab sourced from Noosa was nothing special, and the ceviche was lacking seasoning, leaving the meaty king brown mushroom as the only enjoyable component of the dish. . 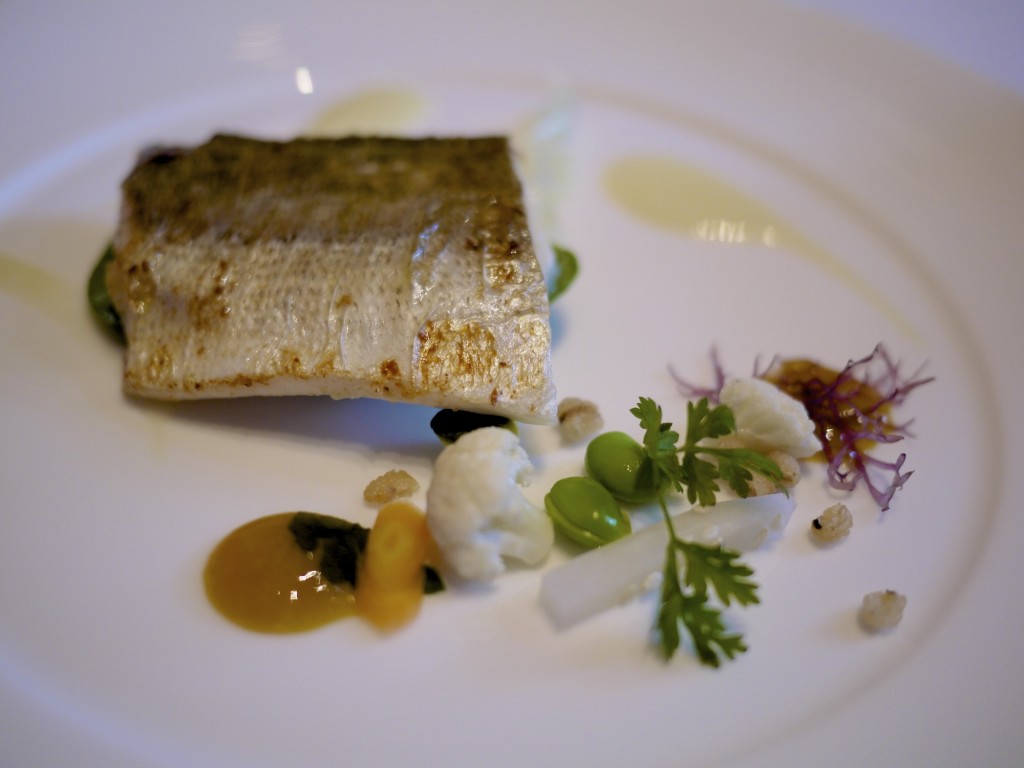 A slight improvement with the King George Whiting, acidities of pickles Japanese style, yuzu. The first thing that came to my mind when I saw King George Whiting on the menu was the superb course I had at Attica only a couple of months ago. Sadly, this was nothing like it and the pickled vegetables were a too sharp for the ever so slightly overcooked fish. 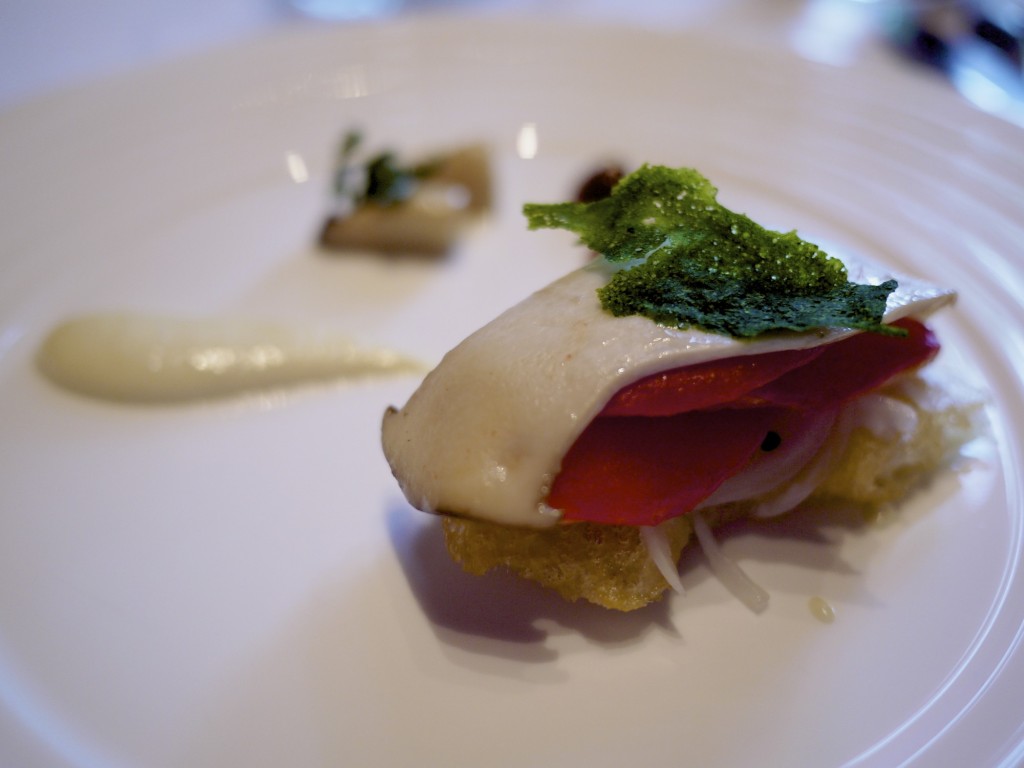 Tart of king brown mushrooms, candied tomato, saltbush and stinging nettle. This was served with barigoule mushrooms on the side with the tart made using tempura batter which I found a bit oily. While the coffee added some bitterness to counterbalance the tempura, I thought it was overall just a very messy dish, both in texture and flavour. 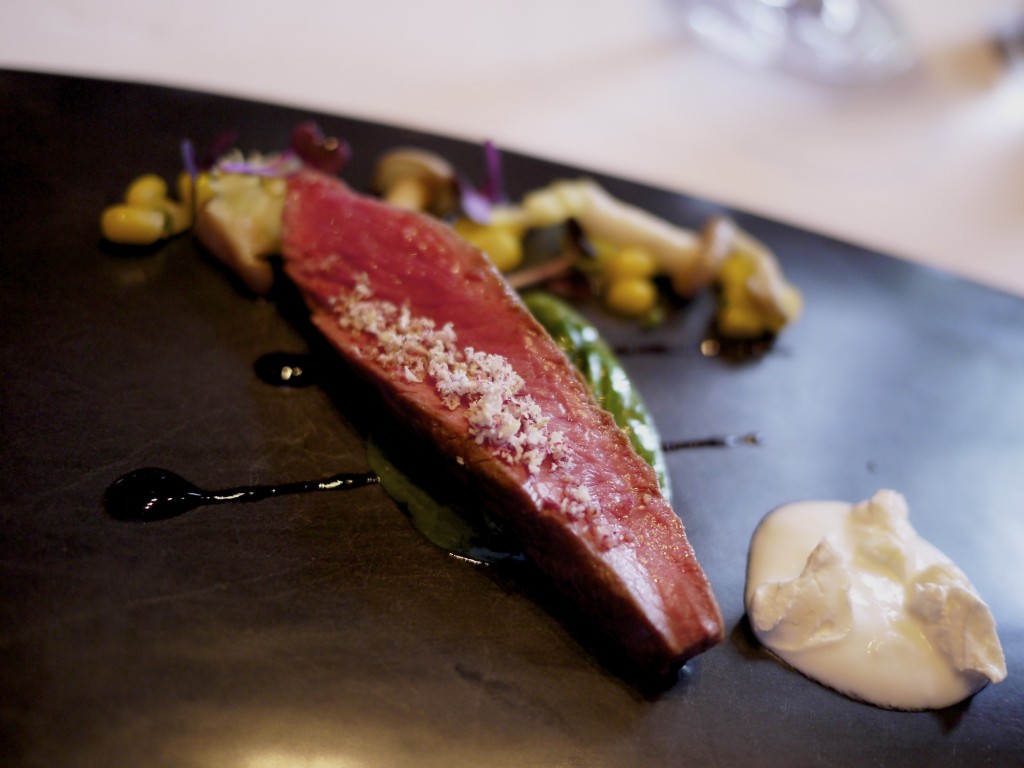 The only other place I’ve ever tried wallaby from Flinders Island was Attica and it was, to stay the least, stunning. I joked that beating that dish would be a challenge and encouragingly our waiter responded by saying that the two dishes had previously been compared by a panel and that he thought theirs had the slight edge. That was a bold claim. However, my excitement was short lived. In short, the Flinders Island Wallaby, freeze dried apple, pepperberry gastric was disappointing. The meat was tough and surprisingly, based on my experiences at Attica, flavourless. The cheese was the only thing that I could taste. 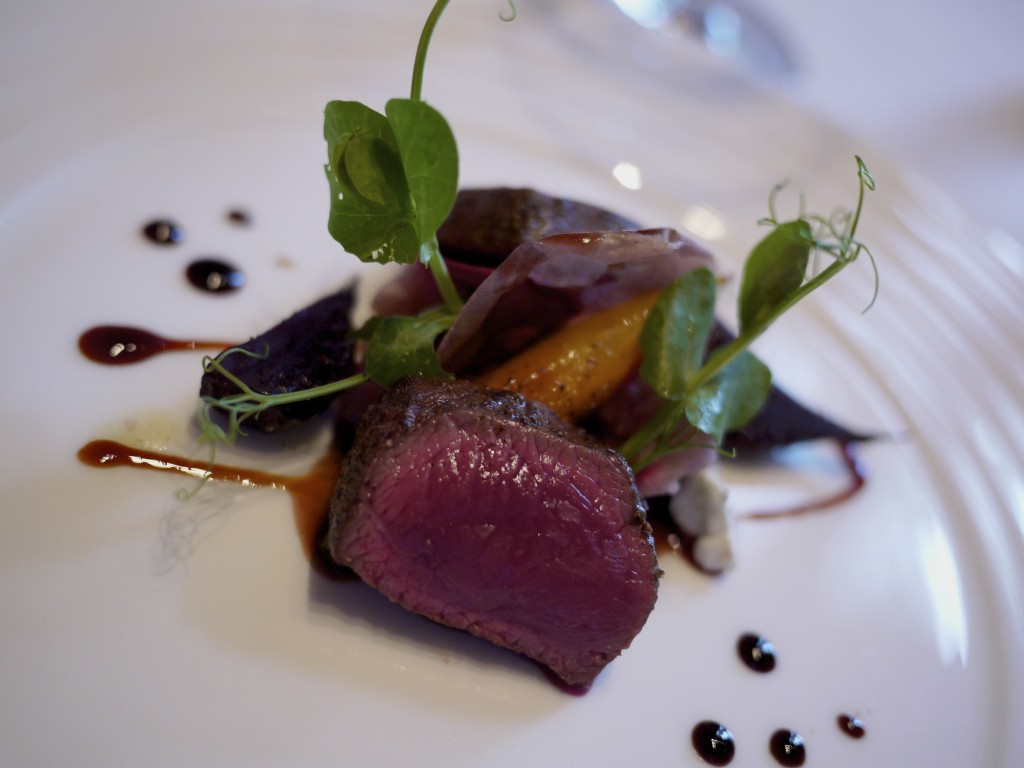 The Saddle of highland venison and sancho, tea salt vegetables, brebis fromage was a significant improvement to the wallaby. The meat was cooked as it needed to be, pink. The meat also had a beautiful flavour that was not too gamey. Although admittedly, I didn’t think the dish needed garnishes like the wasabi cream. 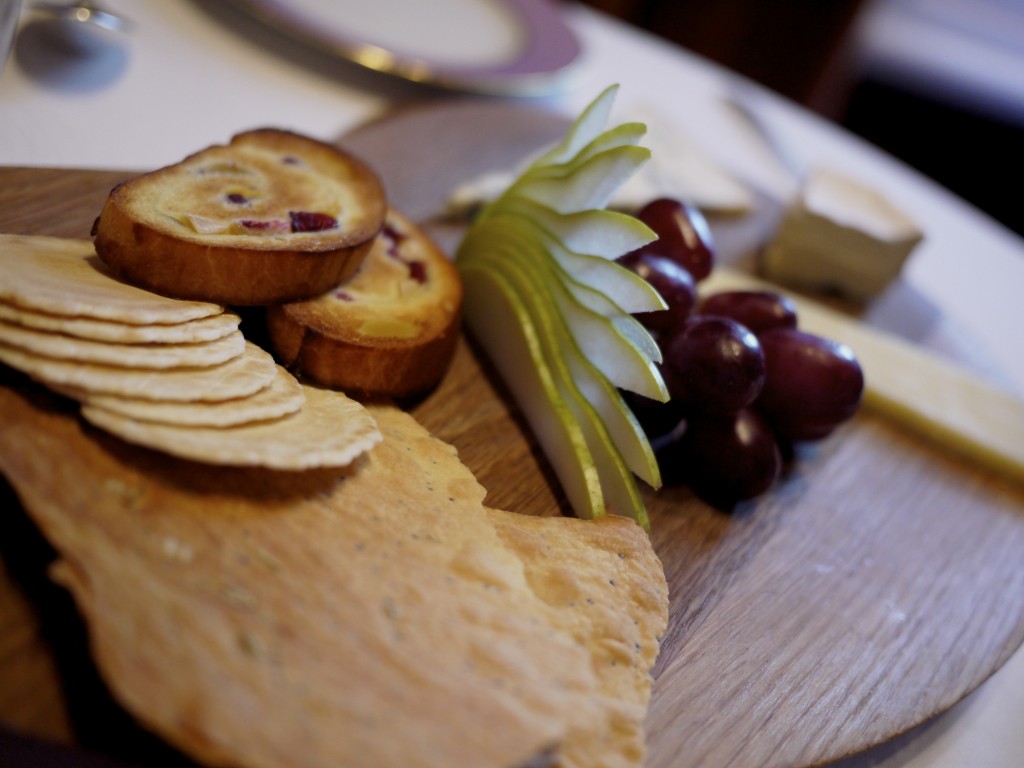 An assortment of cheese to soften the blow of the disappointing meal. After all, it’s pretty hard to screw up a cheese course. We had a mix of Milawa brie, Beaufort and Bontazola from Lombardy. Some good choices though we could have done with a bit more bread! 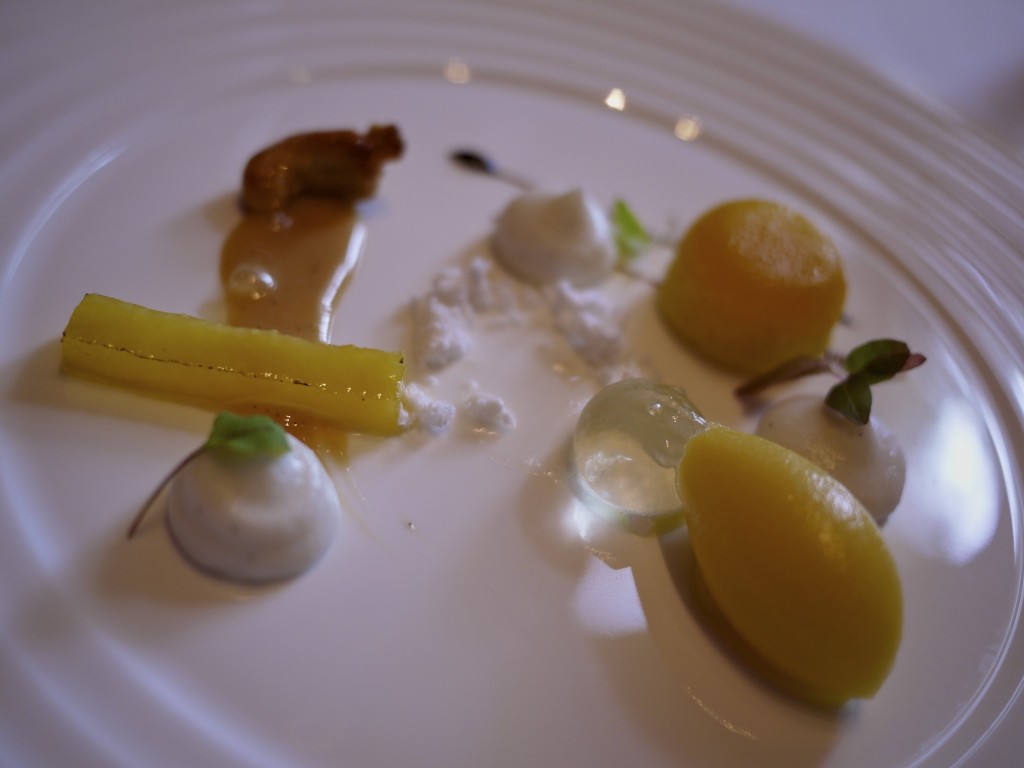 First dessert course of “Memories of Brazil” Sobremesa which had cashew nuts, spherified cachaça balls, dulce de leche, coconut cake, coconut mousse and mandarin sorbet. I found the cachaça to be rather unnecessary in this dish, at least as a spherified liquid. It dominated the palate and would have been much better without it. Unfortunately, I had not choice in the matter. It went everywhere as soon as the ball was burst. 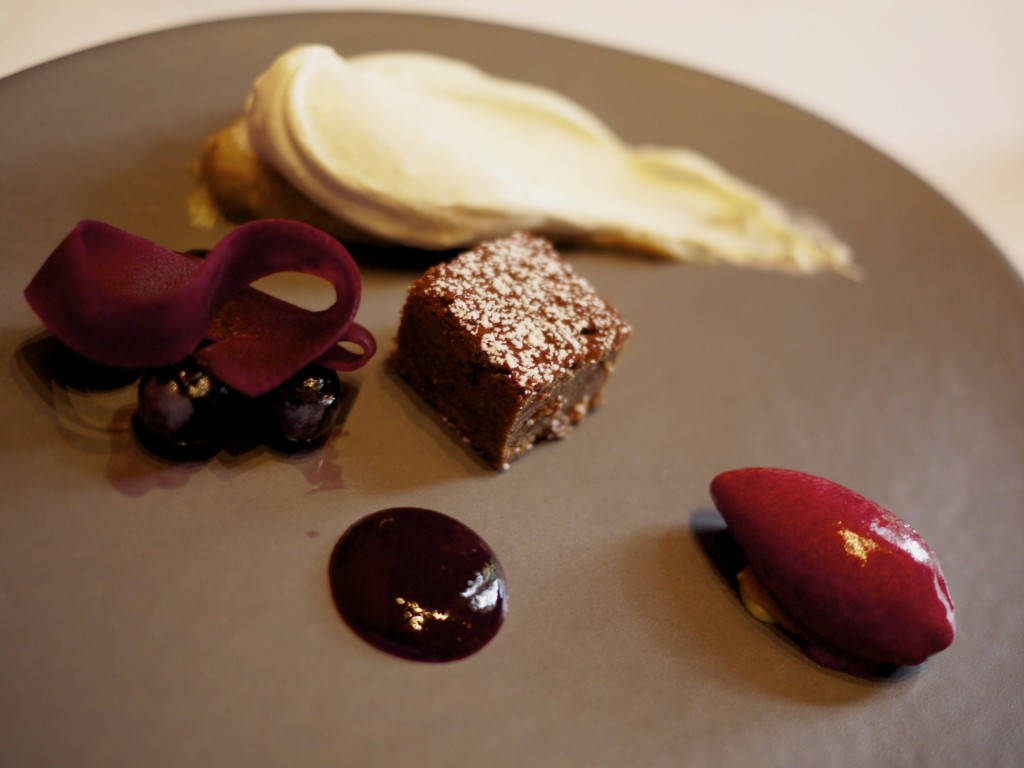 The finale was the Chocolate and chestnut mont blanc, bay leaf and cassis, bourbon chantilly. Classic flavours which have been tried and tested. As expected, it was tasty. I had no issues mopping this dish up! However, there was no denying that we were both still hungry. We didn’t even have a second offering for bread rolls though we did notice other tables being offered one at least a second time. 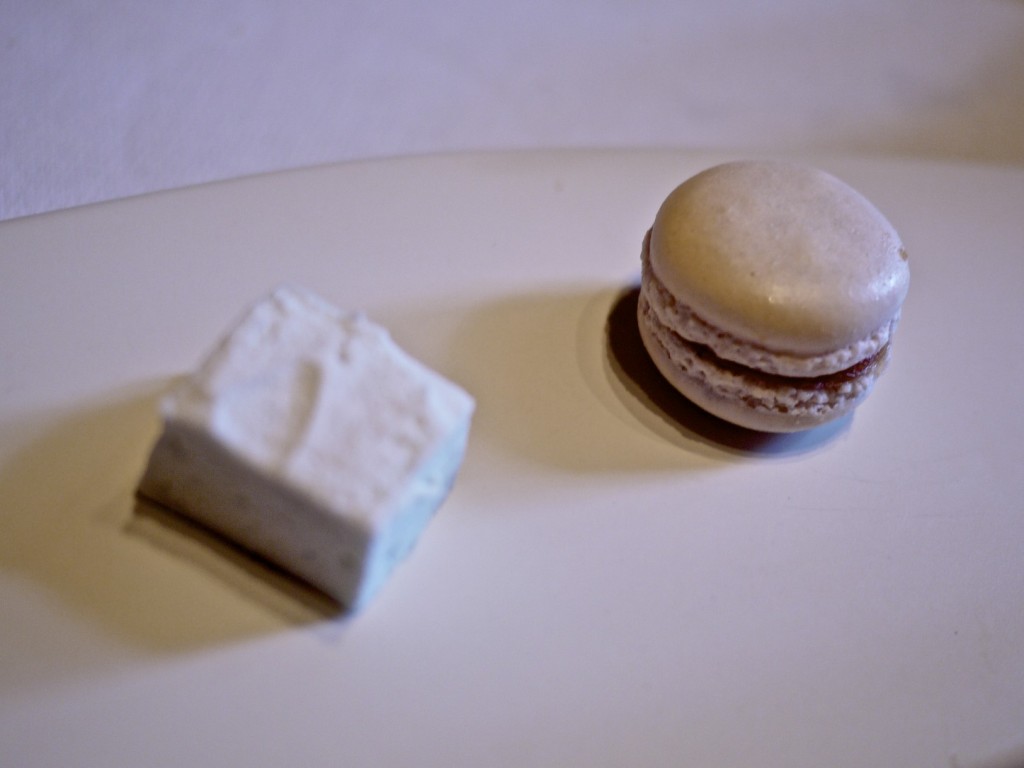 A Chilean guava macaroon and green tea marshmellow to finish up. We didn’t order coffee as we were both starving and had already decided we would be heading down to Milk the Cow in St Kilda for some cheese and wine. I obviously couldn’t compare the meal we had against what Chef Reymond served during the heyday but if the dishes served that day was representative of his general cooking then it would make sense as to why he was closing up. In short, this felt like cooking from a person who had run out of inspiration. Let’s hope Woodland House will do a better job in 2014.